Skip to content
The Putnam Examiner
August 4, 2012August 5, 2012 Adam Stone Putnam
We are part of The Trust Project

Putnam’s David Amram will celebrate friends of almost sixty years in a concert of his music at 8 p.m. on Saturday, Aug. 11 at the Sedgewood Club Boathouse located at 1026 Barrett Circle West in Kent.

Amram and Serbagi first met when they were in the army in 1953. Appleman, Upton and Twigg have played with Amram since working together in music clubs in NYC in the 1970s.

The Saturday night concert at the Boathouse is being presented by Arts on the Lake’s Friends of Classical Music in cooperation with the Sedgewood Club. Mr. Serbagi, a long-time violist with the Metropolitan Opera Orchestra, is the organizer/director of the Classical Music Friends.

A pioneer player of jazz French horn, Amram has composed more than 100 orchestral and chamber works, written theatre and film scores (“Splendor in The Grass” and “The Manchurian Candidate”) and music for the landmark 1959 documentary “Pull My Daisy,” narrated by novelist Jack Kerouac. He is the author of “Vibrations, an autobiography,” “Offbeat: Collaborating With Kerouac, a memoir,” and, most recently, “Upbeat: Nine Lives of a Musical Cat (2007)”.
Starting a musical collaboration in the army, Sebagi taught Amram a middle-eastern tune and Amram subsequently composed for viola and piano “The Wind and Rain,” which is on this weekend’s concert program.

Moving to a farm on Peekskill Hollow Road in the early 1980’s, Amram became an important part of the Putnam community while still maintaining an international touring schedule. He credits the Carmel School System for his children’s musical education and he continues to this date his tradition of grilling corn at the 4-H Club Fair.

Tickets for “David Amram at Sedgewood” are $30 with a $15 discount for students and Arts on the Lake members. They may be purchased at www.artsonthelake.org or reserved at (845) 228-2685. 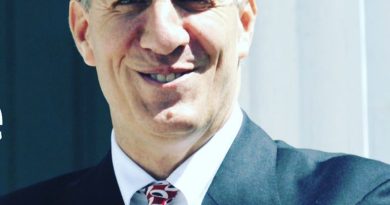