Skip to content
Arts & Entertainment Examiner Plus Other News
February 9, 2022February 21, 2022 Examiner Media 569 Views 2 min read
We are part of The Trust Project

Armonk native Dave Barry knows funny. In fact, it’s his job. The humorist wrote a weekly column for the Miami Herald for more than 20 years, with his wit and prose earning him a Pulitzer in 1988. Barry has since published more than 30 books and even had a sitcom based on his life.

Examiner+ caught up with Barry to discuss life in Westchester, his fond memories of “Barmonk,” and his one and only humor column he wrote for the Pleasantville High School newspaper.

Examiner+: What was it like to grow up in Westchester County?

Dave Barry: Well, it was good for me. I grew up, and this was millions of years ago, in Armonk. The town I was born and raised in was just a little village then. It was the best of both worlds because we were a little town. Literally, everybody knew everybody. So, the kids could run free and we knew everybody we saw on the street. But also we were 30 miles from New York. We could get to White Plains and get the train to “the big city.” So we thought we were sophisticated, but we lived this bucolic, happy life — the kids did, anyway, in Armonk. I have really good memories of that time.

It’s really different now. I’m sure that somebody’s having a good time in Armonk as we speak, but whoever that is has way more money than anybody when I was there. The people who lived literally on my street; one guy was an advertising executive, one was a Nestle executive. But also, there was a carpenter, a plumber, a guy who ran a stationery store — let’s say, regular blue-collar people. I don’t think there’s a lot of that in Armonk anymore. It’s become a high-end, pony town. And I’m sure there are a lot of wonderful people there, but it’s not what it was when I grew up.

E+: You attended Pleasantville High School and you wrote humor columns for the school newspaper. What were people’s reactions to your columns?

I wrote a column that I thought was hilarious, and I honestly don’t remember if anybody else did, or if anybody even read it. I do remember what it was about. The senior boys had a tradition: back then we would go to a field and drink a bunch of beer — which I want to stress is illegal and young people should never do this — and then… 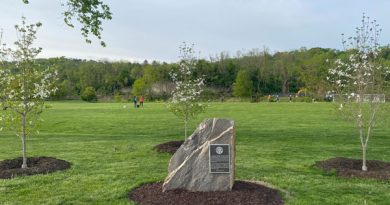 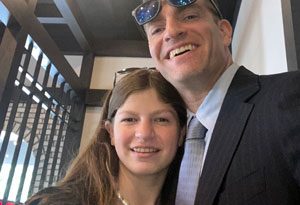