Skip to content
Business The Northern Westchester Examiner
March 15, 2021February 23, 2022 Anna Young Croton-on-Hudson
We are part of The Trust Project

Croton-on-Hudson Village Trustee John Habib, a prominent civic and community leader who friends described as a warm, positive and caring person who tirelessly advocated for his hometown, died last Thursday.

“He was a very caring and passionate person, uniquely positive with a personality that could fill up a room or Zoom call,” said Croton-on-Hudson Mayor Brian Pugh. “It’s really hard to imagine village government without him. He brought such compassion to his work.”

Those who knew him best and those in the local political sector took to social media in the days following his death, sharing their condolences, love and memories of Habib, who died suddenly while on vacation with family and friends. A cause of death was not immediately released.

He is survived by his wife, Tanya.

Habib was elected to the Village Board of Trustees two years ago and was gearing up to run for a second term in November. He had just been endorsed by the Croton Democratic Committee earlier this month.

Pugh said that Habib was someone who always talked about Croton-on-Hudson and the honor it was for him to assist in the development of his hometown. In a statement from the village, officials said Habib used his unique blend of energy, humor and optimism to guide his efforts on the board.

“John will be sorely missed for his infectious energy, megawatt smile, passion for public service and abiding love for his hometown,” the Croton Democrats posted on Facebook.

Habib grew up in Croton-on-Hudson and was a graduate of Holy Name of Mary and Croton-Harmon High School. He earned his undergraduate degree from Colgate University and his law degree from Emory University School of Law.

Habib was described as a citizen of the world but always called Croton home. After decades of accomplishment in the United States and overseas, he returned to home to help make his community the best village it could be.

“All of Croton should be grateful to John for this,” village officials said in a statement.

During his 30-year professional career, Habib held several executive positions with the U.S. Chamber of Commerce and American Chamber of Commerce, as well as major law firms across the nation and overseas handling commercial litigation. Habib also operated his own law firm in Westchester.

Prior to his tenure on the Village Board, Habib served as chair of the Business Development Committee. While in office, he established the Croton Business Council, exercising his expertise to organize and energize the business community.

Officials attest the council has made a significant impact on the village.

“He cherished his memories of the village as a young boy but knew communities must grow and evolve to meet the challenges of today,” officials’ statement read. “Its work will be a lasting tribute to John’s vision and dedication.”

Habib was always known for his big ideas and unwavering ability to question conventional wisdom or how things could improve. Board members said they will remember his insistence to strive for excellence as they continue in the work he valued so much.

Pugh added that while a new trustee will likely be appointed in the coming weeks to fill Habib’s seat, the Westchester County Board of Legislators will be dedicating Mar. 17 in Habib’s name. Legislator Catherine Borgia (D-Ossining) will be making the recommendation on behalf of the district, Pugh said.

“It was always a great adventure to walk the streets of Croton with John, as he pointed out memories of days gone by, described new ideas or said hello to old and new friends,” officials’ statement read. “John loved Croton, and Croton clearly returned the affection.” 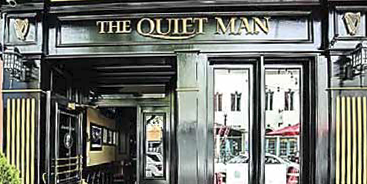 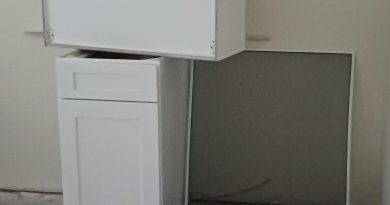 Attorney General May Probe Delays with Rebuild at Coachlight Square