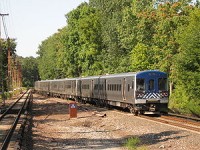 Officials from municipalities surrounding the metropolitan area have been saying it for years and now they have a court agreeing with them – the Payroll Mobility Tax, which is more commonly known as the MTA payroll tax, is unconstitutional.

On Wednesday a state Supreme Court Judge R. Bruce Cozzins, Jr. declared in the case Nassau County vs. MTA that imposing a the payroll tax “does not serve a substantial state interest” and is therefore considered unconstitutional.

The MTA payroll tax, which forced all businesses, municipalities and school districts to pay $0.34 for every $100 of employers’ payroll in the 12-county MTA region, was passed in 2009. The tax was passed to fill a deficit in the MTA budget.

Nassau County filed the suit in 2010. Subsequently other counties joined the case, including Westchester and Putnam, while Nassau County was maintained as the lead petitioner in the lawsuit.

In Dec. 2011, lawmakers passed legislation revamping the tax code and exempting about 80 percent of companies from having to pay the MTA payroll tax. Schools also became exempt. Large businesses and municipal governments were still mandated to pay the tax.

“This is good news for Westchester County and its municipalities,” said Westchester County Executive Rob Astorino. “The MTA payroll tax is essentially an unfunded mandate from Albany.  In this case, we were allowed to challenge it. We did.  And now we’ve won an important victory with the court’s decision that this unfair burden on taxpayers was unconstitutional.”

The payroll tax provides more than $1.5 billion in revenue for the MTA annually and some are concerned that the court’s decision would destroy the engine of the state’s economic vitality.

“This decision threatens the foundation of the state’s economy,” said Paul Steely White, executive director of Transportation Alternatives. “Public transportation is critical to the New York City metropolitan area–an area which provides 45 percent of the state’s tax revenue, paying for countless public services from Niagara Falls to Montauk. We hope Governor [Andrew] Cuomo resolves this crisis, and that the appeals court will consider the substantial state interest when reviewing this ruling.”

Commuters and those who utilize the mass transit system are concerned about rate hikes.

“This is not good news,” said Stanley Fritz a project coordinator for New York Public Interest Research Group (NYPIRG) who uses lives in Harlem and uses the transit system.  “The MTA will lose money, which could force them to either A) cut services which would increase traffic; or B) raise fares even higher than planned.”

State legislators who have been fighting the MTA payroll tax expressed their satisfaction.

“This is great news,” said state Senator Greg Ball (R-Patterson). “I will be fighting for full repeal of the MTA payroll tax immediately. I will be reaching out to the governor and my colleagues to make sure we expedite this even before next session.”

“I am ecstatically happy that the courts have done the right thing for the taxpayers of the state and my only question right now is, when are we going to get our refund checks?” said Katz. “The courts have confirmed that the MTA cannot use us as their personal piggyback any longer. It’s time for a forensic audit of the MTA and to look into the possibility of its privatization.”

Business leaders of the Lower Hudson Valley have pushed for a repeal of the tax for years.

“We knew when it was passed that it would be devastating to our businesses community,” said John Ravitz, chief financial officer of the Business Council of Westchester. “When the repeal was passed last year it was a help, but I do not think we will be able to ever make up for the long outstanding damage that this has caused. It is clear that the tax that was put on use was onerous and should never have been implemented in the first place.”

Jen Maher, chairwoman of the Putnam County Chamber of Commerce, said that while the MTA is a vital piece of the community as it allows many of the county’s residents to earn a living, the burden of its debt should never have been on communities that did not reap any benefits from the tax.

“Now that they have found this law unconstitutional they need to go look at other laws, at every level of government—state, county and town that are holding back residents and business owners,” said Jen Maher, president of the Putnam County Chamber of Commerce.  “Also, I would like to know how the MTA is going to pay back all of the companies, schools and governments that have had to pay the unconstitutional mandate.”

The MTA, which counts on the money from the payroll tax, said it intends on appealing the decision.

“We will vigorously appeal [the] ruling,” said Aaron Donovan, the MTA’s media liaison in a statement that was emailed out to the press. “We believe this opinion will be overturned, since four prior challenges to the constitutionality of the law making the same argument have been dismissed.”