Skip to content
The Putnam Examiner
January 21, 2016 David Propper 256 Views 4 min read
We are part of The Trust Project

At the urging of Town of Carmel board members, Putnam County has decided to discontinue a police merger study that was meant to examine if it were cost effective to combine all law enforcement agencies into one police force.

According to correspondence between the town and county, the “consolidation study will not go forward.” In December, County Executive MaryEllen Odell tapped Erie County Sheriff Sergeant Dan Dytchkowskyj to perform the feasible study of combining all departments, but the county executive office reiterated Monday that study is “not going forward in any manner.”

In a Dec. 30, 2015 letter to the county obtained by The Putnam Examiner, the Carmel Town Board encouraged the county to “terminate the style of police consolidation study it is currently conducting.”

“Because direct observation will provide the best possible insight into the strengths and weaknesses of this arrangement, the town board does not believe the consolidation study currently being conducted by an Erie County, NY Sheriff Sergeant as part of a college thesis project will provide any benefit to law enforcement agencies or Putnam County,” the town board wrote.

In a Jan. 7 letter penned by Odell and Sheriff Don Smith responding to the Carmel town board obtained by The Putnam Examiner, it reemphasized that Odell, Smith, and the county Legislature never called for consolidation of police agencies, but works to optimize resources for all law enforcement in the county.

“Based on your request we committed to undertake this study by working with other government entities to procure resources. The committee on Fiscal Vision was poised to undertake the study,” the letter states. “However, in light of the facts and circumstances we concur in your recommendation that the consolidation study not go forward. We share in your view that there is not sufficient reason to justify the time and effort it would entail.”

Odell and Smith also stated the proposed study had “given rise to undue anxieties among some people, both within the Carmel Police Department and in the community at large.”

“Ultimately poor morale can lead to diminished work productivity and impaired performance,” the letter states. “To continue a study that offers no real value while it poses such harm to good law enforcement objectives does not make sense.”

In an interview, Carmel Supervisor Ken Schmitt made clear the town board still wants a police merger study performed, but didn’t agree with the way it was being completed. He added the county might have “misinterpreted” the letter the town board sent.

Schmitt reiterated what he has said before; that the county was “shortchanging itself” by having a graduate student perform the study instead of a consulting firm that has greater expertise and resources in the field.

Schmitt also refuted a part of the letter from the county that stated, “When asked, Carmel Town Supervisor Kenneth Schmitt stated that he did not want consolidation, but wished to explore ways of realizing cost-savings to the town of Carmel while also maintaining its own police department.” Schmitt claims he never said that.

“I did not make that statement,” Schmitt said. “Why would have sent the letter in March of 2015 requesting consolidation study if I did not want consolidation. It contradicts itself.”

Back in March 2015, the Carmel town board sent a memo to the county seeking a feasibility study into merging all police departments in the county. Carmel and Kent have full-time department and Brewster and Cold Spring have part-time departments. The sheriff’s department patrols other municipalities and assists with those local departments.

But there was immense trouble getting a study off the ground, with Carmel town board members complaining the process toward securing funds for the study was not moving fast enough. Meanwhile, Carmel officials faced pressure from its own PBA union that feared the department would be dissolved. At the start of the month, Carmel town board members stressed it would not attempt to consolidate the Carmel police with the sheriff’s department.

“The intent of the Carmel town board was to examine a countywide police model in Putnam County. If all towns and villages, including the sheriff’s road patrol, if they were to merge under one umbrella the study that we had requested would have looked at that,” Schmitt said. “I think some individuals at the county level misinterpreted what we were asking for. I think there was some confusion what we wanted.” 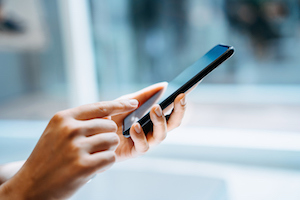 PV School Chief to Retire at End of School Year