“We have to work in partnership to make sure that people do understand their rights,” Borgia said.

In February, the Board of Legislators’ Democratic Caucus and Legislator Virginia Perez (D-Yonkers) sponsored the Immigration Protection Act, a measure that prevents the county from using any of its resources to assist in federal investigations based on race, gender, religion, ethnicity or national origin.

During Monday afternoon’s meeting, Deputy County Executive Kevin Plunkett, commissioners from the departments of social services, corrections, public safety and probation joined legislators to work on needed revisions before the matter goes to a vote.

“We want to ensure the constitutional rights of every resident in Westchester are protected,” said Commissioner of Public Safety George Longworth. “We also want to strike a balance to avoid discouraging undocumented immigrants from reporting crimes or otherwise seeking the assistance of the police.”

Longworth continued by raising concerns regarding regulated interagency cooperation and the collection of information that accompanies standard booking processes and ongoing investigations.

“There are unintended consequences in prohibiting certain forms of information from being communicated between law enforcement agencies,” Lt. Jeffrey Weiss added.

Deputy Commissioner of Corrections Justin Pruyne agreed, stating the importance of collaborating with outside agencies, including Homeland Security, the Joint Terrorist Task Force, the Secret Service and the Federal Bureau of Investigation, following the Sept. 11, 2001, terrorist attacks.

Rocco Pozzi, commissioner of probation, voiced similar concerns with the wording of the bill, which could prohibit the sharing of information with a federal agency that makes an inquiry about someone who commits a dangerous crime.

“Our only concern is that we want to continue to work with those agencies that come in making inquires about people who are dangerous, not only dangerous in our communities, but people who are a danger to their families,” Pozzi said. “I would hope that we would continue to cooperate and try to make our community safer by being able to get that element of individuals that we’re supervising back perhaps to where they belong, where they cannot harm their families or communities anymore.”

Legislator Ben Boykin (D-White Plains) added that the bill does not prohibit the county from complying with federal orders.

If passed, the act would protect confidential information shared with county departments and would prohibit officers from honoring Immigration and Customs Enforcement (ICE) requests that lack probable cause. It would also ensure that services provided by the county will be available to all who are eligible, despite immigration status.

While it is unclear whether County Executive Rob Astorino would sign the bill if passed, Plunkett said he wants to continue conversation in order to craft bipartisan legislation. The bill would need support from 12 of 17 legislators to withstand a potential veto.

Lawmakers agreed to work this week to revise the proposed legislation’s language and aim to vote on the bill at the next Board of Legislators meeting on Monday.

“The drafting of this bill has included countless hours of hard work from many dedicated immigration advocates and activists,” Borgia said. “I look forward to our continued work together to get the Immigration Protection Act over the finish line.” 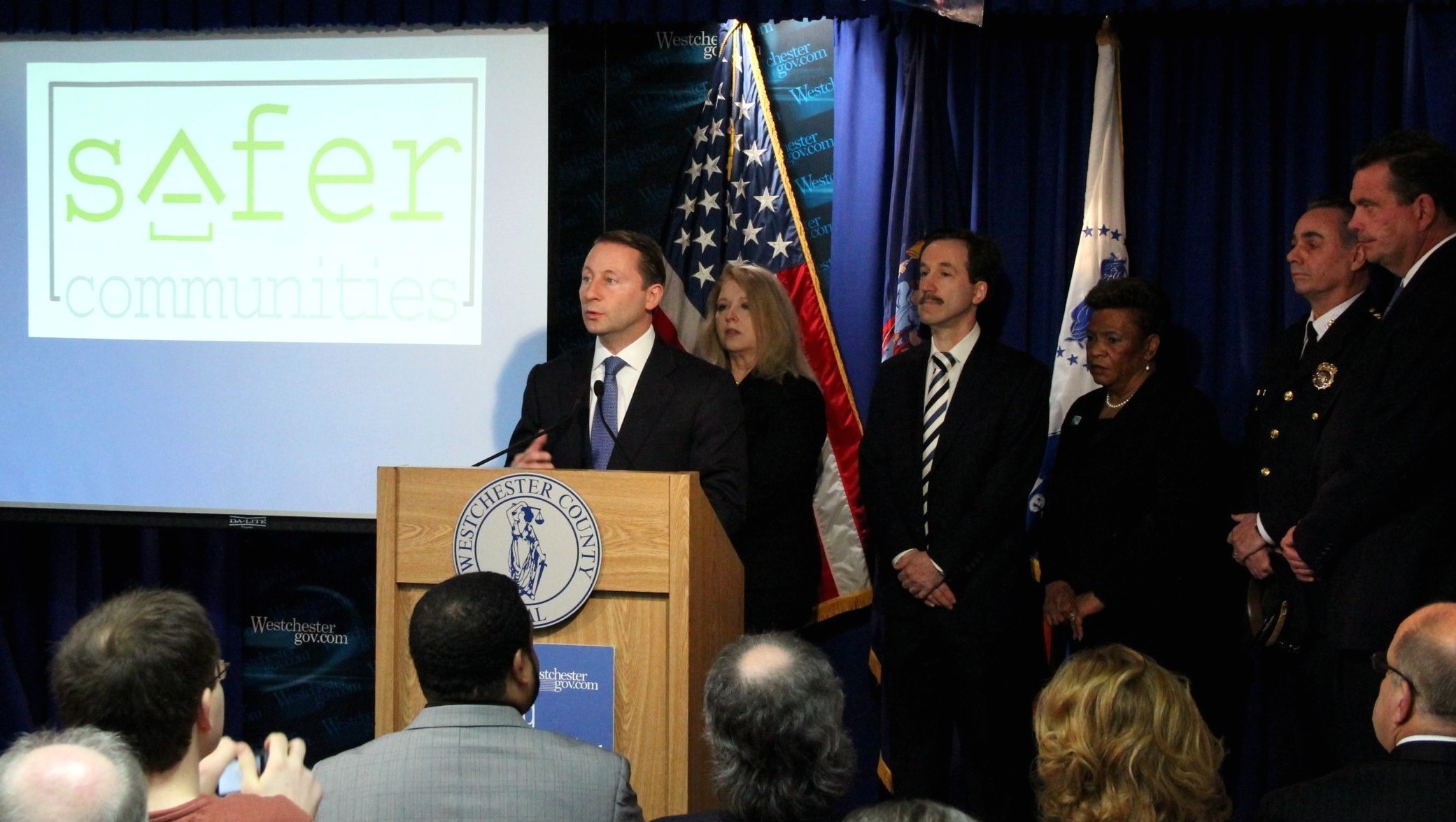