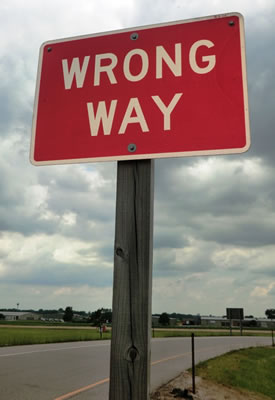 “This review is meant to take inventory of potential problem zones in light of recent ‘wrong-way driver’ incidents,” Latimer said in a statement.

In addition, the County’s Department of Public Works/Transportation is in the process of reviewing the ‘wrong-way driver’ incident that took place Jan. 30 in Harrison on I-287 where an Ardsley high school student and parent lost their lives.

Just a few days later, Harrison Police stopped a driver who had entered I-287 and was traveling in the wrong direction. A police investigation said the signage was correctly marked and they asked drivers to use common sense when following GPS directions.

The purpose of this task force is to identify potential immediate ‘common sense’ remedies, like new signage, and act quickly on the recommendations, Latimer said, adding, “Our number one job in government is to ensure public safety. For a variety of reasons, drivers in Westchester are finding themselves in life-threatening situations due to motorists operating their vehicle on the wrong side of the road. This is a serious issue that we must take action on to correct.”

DPW/T Commissioner Hugh J. Greechan said, “The Latimer Administration is committed to working with all stakeholders to find solutions. Our Department is taking immediate action to review the particular intersection in Harrison in the short term and we look forward to working with this citizen task force in the long term.”

According to the Federal Highway Administration, in the United States, wrong-way driver crashes result in 300 to 400 people killed each year on average, representing approximately 1 percent of the total number of traffic related fatalities that occur annually. Studies further indicate impairment by alcohol is a major cause of wrong-way driver crashes.