A $1.2 billion biomedical complex proposed for Valhalla’s Grasslands campus received a major boost Monday night as the Board of Legislators unanimously approved a 99-year lease with developer Fareri Associates to build the project.

A supermajority approval of 12 of the 17 legislators was required because the lease was for more than 30 years, a provision spelled out in the county charter, said Board of Legislators Chairman Michael Kaplowitz (D-Somers).

County Executive Rob Astorino praised the bipartisan effort to agree to the terms of the lease, calling it “a historic day for Westchester County.” The project would spur economic development while generating additional tax revenue, he said.

“What’s also incredibly exciting about this concept, and what cannot be overstated, is the potential for life-changing medicines and treatments that may one day be developed and invented right here in Westchester,” Astorino said.

The developer controls 20 acres to the west and adjacent to the North 60 property, which is owned by the county. The developer needs the lease from the county to build on the vacant 60-acre parcel.

The decision to seek a purchaser for the county land was made in 2012.

Under terms of the lease, which had been reviewed by the county for more than a year, the developer would ultimately pay about $7 million in annual rent with about $9 million in taxes generated. The initial annual rent will be $125,000 because the land is undeveloped.

Neil DeLuca, one of the partners in the project, said Monday that county legislators and other officials have supported the concept since it was proposed to the county.

“This was hard work, brass knuckles, asking for information,” DeLuca said. “When they were satisfied, they decided to do it.”

Kaplowitz said North 60 would generate thousands of construction jobs and permanent jobs. Environmental review by the Mount Pleasant Planning Board would take about two to three years to complete, he said. The town planning board would also have to grant site plan approval.

Legislators’ extensive review of the lease was aided by consultants hired by Westchester.

“It’s a huge deal for the county,” Kaplowitz said.

Mount Pleasant Supervisor Carl Fulgenzi said last week the project will be of major importance to the town.

“The initial impact would be the building fees that impact the general fund in a positive way,” Fulgenzi said. “The construction jobs for the local trades, the economic benefit of those working here spending their money with our local businesses.”

He added the project would increase the commercial tax base but not generate additional students for the school districts located in town because there is no residential component.

“There will be a need for housing purchases and rentals that works into our downtown revitalization plans of adding residential rentals, enhancing businesses, adding food establishments and the possibility of a future parking structure to aid those using Metro-North,” Fulgenzi said.

Legislator Margaret Cunzio (C-Mount Pleasant) said she was confident the lease would receive the necessary supermajority support since it was sent to the full legislature by the Infrastructure and Budget and Appropriations committees last week, which together consists of most of the board.

Cunzio said it took an extended period of time for lawmakers to review the lease because they wanted to do their “due diligence” in analyzing the document.

North 60 would provide a large economic benefit for Mount Pleasant and the county, she said.

“There’s no residential building in the project,” Cunzio stressed. 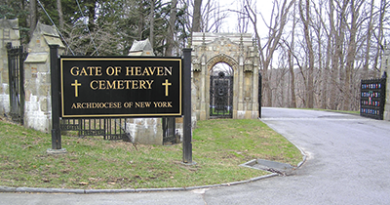