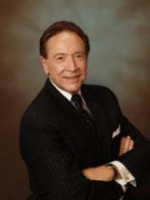 It never fails. I’ll be in a rush to meet a client, dashing to my garage across my parking area, covered with crushed bluestone, and I’ll spy a tiny fleck of green peeking through the gravel. Another weed. I must stop to pull it out.

When I bend over, I drop my car keys, my glasses fall out of my shirt pocket and, if the weed is deep-rooted, like a dandelion, my hands get dirty, requiring that I return to the house to wash them after the deed is done.

Or I’m coming home late, exhausted and I notice that nasty grout weed has all but consumed a clump of perennial geraniums. It’s getting dark but there I am, stooped over again, releasing those delicate flowers from the clutches of that hostile invader.

Worse yet, we might be entertaining guests on our patio and in my peripheral vision I detect another unwelcome visitor in a nearby flowerbed. Nonchalantly, I’ll push myself out of my glider, perhaps in the middle of a sentence, and conduct an enemy attack without missing a beat. Annoyed, my wife later tells me that I must not have been giving full attention to our guests.

When I first discovered the joys of gardening as a youngster, it was all about planting annuals and seeing quick results. But by the time I was in high school, perhaps in dealing with my impetuous nature, I found that I equally enjoyed pulling weeds to help ease those first bouts of post-adolescent anxiety.

My weeding addiction became full blown as an adult when I moved to Westchester from the city and my responsibilities were upgraded from a small square patch of earth in front of my house to a verdant acre-and-a-half lawn and garden.

At the same time, I had started a new job and commuted a long distance every weekday to report to a boss who was the Mr. Hyde personality of all time. My weeding activity was especially intense during that period. Every time I yanked a weed, it was as though I was vicariously yanking his head bald, even though he was already bald.

Lest one think that I need intervention, I would say that there are good compulsive habits and this might be one of them.

Rather than considering weeding a chore or even therapy, it can be approached as an art, complete with its own techniques and disciplines, as I first learned many decades ago when I read a joyous book called “The No-Work Garden” by Ruth Stout, sister of the detective fiction writer Rex Stout.

Recently, I was reminded of the healing art of weeding when I discovered that the “Chicken Soup for the Soul” series now features an edition “For the Gardener’s Soul” by Marion Owen. In her blog at www.plantea.com, Owen says that weeding can be a pleasant “Zen-like” experience, and I agree.

She also writes that regular weeding in the garden is like regular vacuuming in the home. We probably don’t like either chore, but it’s essential to a successful garden.

Considering that a single weed can produce as many as 250,000 seeds, and that those seeds arrive through a multilevel attack from the air, rain runoff and bird droppings, weeding would seem to be a losing battle. But there are preventative measures that can help diminish sprouting weeds.

Be mindful of what William Shakespeare wrote: “Sweet flowers are slow and weeds make haste.”

Bill Primavera is a licensed Realtor® (www.PrimaveraHomes.com), affiliated with Coldwell Banker and a marketing practitioner (www.PrimaveraPR.com). For questions or comments about the housing market or selling or buying a home, he can be reached directly at 914-522-2076.