Skip to content
The White Plains Examiner
February 12, 2015 Pat Casey
We are part of The Trust Project

In a joint statement Gov. Andrew Cuomo and Congresswoman Nita Lowey announced Monday that $5 million in Housing and Urban Development (HUD) funding for 2015 would be administered to eligible Westchester Communities.

Both the governor and members of the Westchester County Board of Legislators acknowledged and thanked Congresswoman Lowey for working with the federal government to help loosen up the funds.

Because of the ongoing affordable housing lawsuit between HUD and Westchester County, local governments and nonprofits within the Westchester consortium that received HUD funding but which were later accused of taking the funds without building required affordable units, were denied CDBG (Community Development Block Grant) money from 2011 through 2014, totaling $23 million. The consortium was disbanded at the end of 2014, but the ongoing settlement dispute has not been resolved.

The $5 million is for 2015 only and there is no indication whether or not funds would be available in 2016.

Under the Congresswoman and Governor’s plan, communities that had previously been in the consortium will now be able to competitively apply to the State for funds.
New York State Homes and Community Renewal will distribute approximately $3.3 million in Westchester County CDBG funds through a competitive application to allow the funding to be distributed quickly and fairly to the most effective initiatives proposed by local community nonprofit organizations and localities. The funding will be made available only to initiatives located in the areas formerly served by the Westchester County Consortium.
Activities eligible for this funding include housing improvements for rehabilitation, homeownership, residential water/wastewater projects, structural improvements to public facilities that will serve special-needs populations, and infrastructural improvements to public water/wastewater systems and public works such as sidewalks and streets. This funding will also create jobs through grants and loans that will foster small business development.
More than $600,000 will be available from Emergency Shelter Grants, which can fund the renovation of buildings used as emergency shelters or transitional housing for homeless families as well as maintenance, operation, rent, repair, security, food, and utilities. More than $900,000 will be available for the HOME Investment Partnerships Program, which can fund a wide range of activities including building, buying, and/or rehabilitating affordable housing for rent or homeownership.

At a press conference after the announcement BOL chair Michael Kaplowitz (D-Somers) said the announcement was a big win for Westchester. He said that with the State stepping in rather than the County, funds would be held in a lock-box type situation and not used for other purposes.

Mary Jane Shimsky (D-Hastings-on-Hudson) said Greenburgh had lost $700,000 because of the withholding and was grateful for the available funding.

Legislator John Testa (R-Peekskill) said he was happy about the State intervention and noted that the County Executive had been requesting that HUD do something similar to work one-on-one with communities in the disbanded consortium.

Testa also said that the CDBG grants came from taxpayer dollars and should not have been withheld arbitrarily.

Communities such as White Plains, which were not part of the Westchester Consortium, did not lose CDBG funding and have maintained their one-on-one relation with HUD. 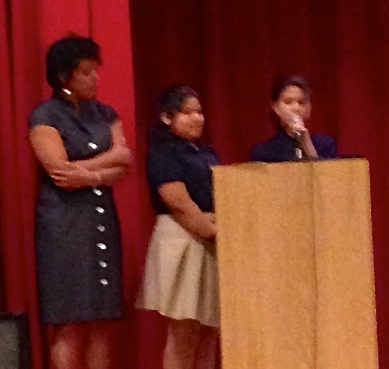