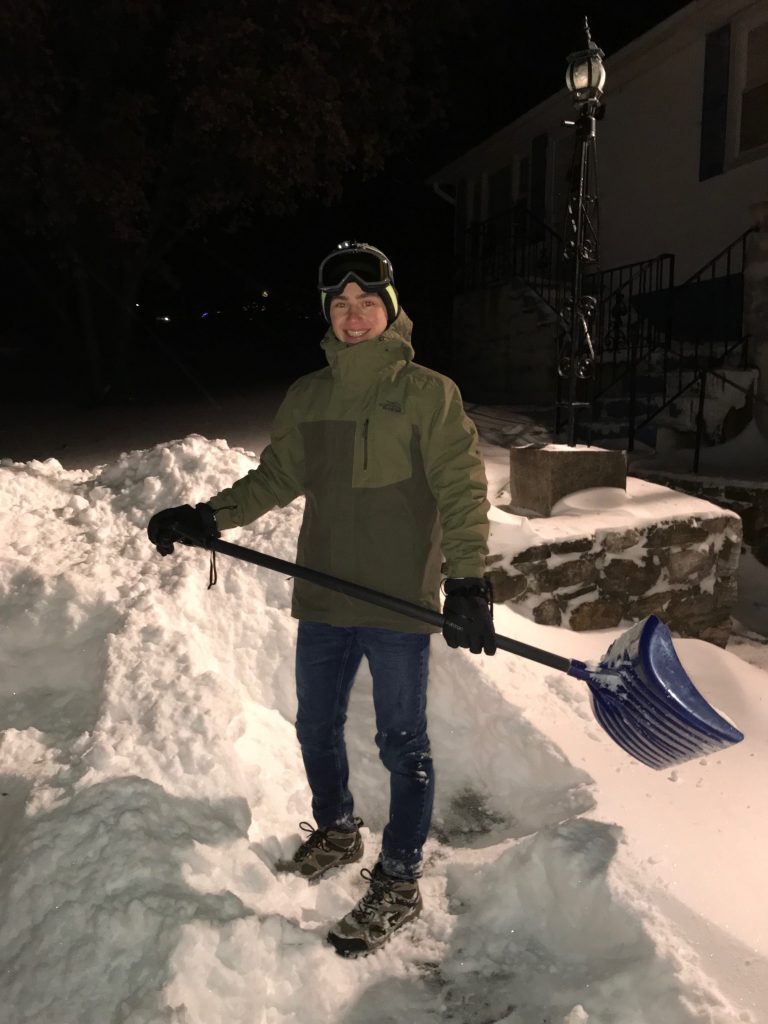 It began as an assignment for his Advanced Placement English Language course where he was tasked with developing a “20% Time” project of his own choosing. The project requirements align with the District’s focus on the 6Cs: Citizenship, Compassion, Communication, Collaboration, Critical Thinking and Creativity. Projects must be something in which the student has an interest and something that matters. “The projects must also have a community connection to encourage civic mindedness and networking within and outside of the classroom,” said his teacher Kris Scuccimarra.

Although fairly new in the education world, the 20% Time concept has been around in the workplace since the 1950’s when the 3M Company provided time for employees to come up with creative ideas. The result: Post-it notes and masking tape. Similarly Google employees engage in a“20% Project.” The most well-known result is Gmail. At Carmel High School, English teachers Kris Scuccimarra, Eric Schwark, John Caramanica, Kristin McKenna, Linda Press, Heather Murphy and Michele Cadden all incorporate 20% Time into their curriculum.

O’Rourke came up with the idea because he appreciates those who have made the ultimate sacrifice to preserve life, liberty, and the pursuit of happiness in America. “Snow Warriors is my way of giving back and thanking those who have served in the armed forces,” he said.

This winter O’Rourke has been shoveling for two veterans—one who served in World War II in Nazi Germany and another who served in the Korean War. “It is truly incredible to see how grateful these veterans are whenever I stop by to shovel, especially when it snowed on Christmas” O’Rourke commented.

Assisting veterans in this way has proved to be important. Recently, one of the veterans had to be taken to the hospital the night after a big snowstorm. Fortunately, Tommy had shoveled out his driveway and had cleared a path to his porch so the EMT’s were able to provide speedy medical assistance. Later that day, the veteran’s son let Thomas know “how important of a service you are doing…It would have been extremely difficult [to get my father out of the house and into an ambulance] if not for your help.”

Mr. Scuccimarra said, “Tommy is a hardworking and dedicated student. I am not sure in what capacity Tommy will be serving our country in the future but no matter what he does, he will makes us all proud. He is kind, respectful and will mature into a confident leader one day. It is students like Tommy who give me faith in the future.”

O’Rourke was humbled by the praise and said, “Snow Warriors has shown me that it doesn’t take a lot to make a difference.”

The next step of O’Rourke’s project is to expand Snow Warriors to include more veterans, with the help of other student volunteers. He would also like to interview one of the veterans about his wartime experiences.