Skip to content
The Putnam Examiner
November 25, 2014 David Propper
We are part of The Trust Project

For the second time in about a year, Putnam County’s chief assistant district attorney is stepping down.

In a statement, Levy said he accepted Krauss’ resignation with a “heavy heart.”

“Chana Krauss has had an immeasurable impact on the Putnam County D.A.’s Office and we commend her on a job well done,” Levy stated through a spokesperson.

Krauss took over the position after former chief ADA Christopher York retired in November 2013. York, who held his chief ADA position for 13 years under two different district attorneys, is now in private practice in Brewster at Clock Tower Commons.

Krauss, who lives in Northern Westchester, was making $130,000 annually. 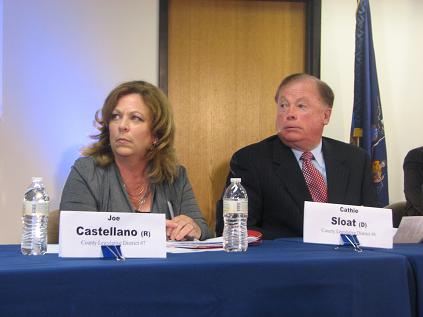 Business of the Week: Radovich and Dean Music Store, Carmel