Arts & Entertainment Education The Examiner
May 11, 2022May 17, 2022 Martin Wilbur Chappaqua, Chappaqua Performing Arts Center
We are part of The Trust Project

Frank Shiner didn’t hesitate to help his former priest at Saint John and Saint Mary in Chappaqua after he learned he had started a school in Newburgh for disadvantaged children.

The singer and actor who had put his music career on hold while he and his wife raised their family, had returned to performing after he fulfilled his wife’s request to sing at an open mic night.

Shiner’s been using his talents by visiting the San Miguel Academy, a co-ed educational services program for underprivileged and at-risk students that Fr. Mark Connell started 12 years ago to assist them in their music program.

This weekend Shiner takes it a step further when he holds a benefit concert for the school.

“My heart has been captured by the San Miguel Academy,” Shiner said. “I mean, Father Mark, I knew him when he was at Saint John and Saint Mary. He was always this dynamic figure. I can barely walk into (San Miguel Academy) without coming to tears because I just call it a miracle in our own backyard.”

This Saturday evening, Shiner, who years ago was scheduled to debut on Broadway before the production he was part of was abruptly canceled, will be performing in his backyard. He will headline a program called Swingin’ Into Spring, a big-band concert that will see him backed by 22 musicians from Orchestra 914 (formerly the Chappaqua Orchestra) at the Chappaqua Performing Arts Center.

There will be 18 choral students from San Miguel who will join Shiner on stage for part of the evening. He also has a couple of surprises in store for the audience.

Perhaps best, aside from an evening of great music, is that all proceeds from the ticket sales at the 425-seat venue will be donated to the school.

“I went to Father Mark and told him, ‘I believe in your program, I want to underwrite a show, all expenses paid,’” Shiner said. “You guys set up a ticket link, we don’t touch that money. It goes straight to you.”

Once Shiner had a young family to raise, he needed a more reliable source of income than what show business could provide. He worked in healthcare payment sales before starting his own company, Rectangle Health. Not long ago he sold the company enabling to return to his first love – singing and performing.

Shiner has since launched Frank Shiner Music, part of Bakerson Records, which is covering the concert’s expenses. Shiner has also been performing at Manhattan venues such as the Sheen Center for Thought and Culture, The Iridium, The Cutting Room and Feinstein’s 54 Below.

Before the pandemic he collaborated with fellow Chappaqua resident Vanessa Williams on a concert at ChappPac.

Although blues and soul is Shiner’s wheelhouse, he’s ready for a night of Big Band.

“I think people are going to be on their feet dancing because we have some rhythm in the show,” he said. “My personal love is blues and soul, but I love this music, too. I bring my own thing to it, obviously.”

Shortly after the announcement of the concert, about 230 tickets were sold. He added an option for people to sponsor tickets to enable friends and family of the students who will be in the show to come and not have to pay the $50 or $75 ticket price. Three busloads of audience members are expected to make the trip from Newburgh.

“We already have 110 sponsored seats,” Shiner said. “People from all over, family members, friends, people that have seen shows before from out of state that can’t be there or they’re going to be at a graduation or something.”

The concert is scheduled for 7 p.m. Tickets are still available by visiting www.frankshiner.com, which will bring the visitor to a link to buy tickets or sponsored seats.

The Chappaqua Performing Arts Center is located on the grounds of Chappaqua Crossing at 480 Bedford Rd.

BCSD Board of Ed Votes Down School of Choice 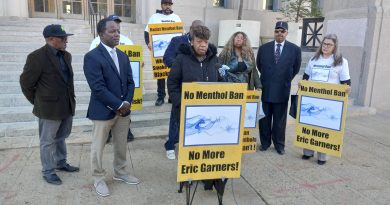