Skip to content
The Examiner
April 24, 2018April 24, 2018 Anna Young Chappaqua
We are part of The Trust Project

After Erik Kaeyer of KG&D Architects in Mount Kisco shared his recommendations to improve the district’s security measures, parents questioned if there was a less costly solution. While parents who spoke said they wanted their children to be safe, some suggested parts of the $42 million bond approved by voters in 2016 be reallocated for security updates. Others advised district officials to invest more resources in the social and emotional wellness of students by creating mental health and anti-bullying programs.

An alternative solution would provide perimeter fencing around the 8,320-square-foot high school campus. Kaeyer advised officials to add a gatehouse at the main entrance to the campus if they choose the alternate plan.

Perimeter fencing at the high school would cost an estimated $1.7 million, reducing the overall bond to $2.6 million. The remaining $944,813 would be spent on security upgrades at the district’s other schools.

Nearly $6.5 million of the larger proposal would be set aside for Horace Greeley High School. Current plans outline reducing the school’s four entrances to a single entry with secured vestibules and a security office in every building. Students and visitors would have to be screened at a transaction-style window and be buzzed in. Doors would have a locking mechanism and be covered with bulletproof security glass.

Parent Gregg Gonzalez said the school was creating measures that wouldn’t deter an active shooter from causing harm. He suggested placing additional security guards in undesignated areas throughout the schools and having Kevlar vests in each classroom for students to wear during lockdown drills.

“To me that would seem more effective than building walls and building systems that we know are going to fail because somebody who wants to come in and shoot is going to come in,” Gonzalez said. “We want to prevent that.”

Some parents questioned if the district has considered whether the proposed efforts would head off a horrific event.

“It’s not a clear presentation to the community as to what you’re trying to solve,” one parent said. “It doesn’t sound like you’re solving anything very well.”

Superintendent of Schools Dr. Christine Ackerman said officials began analyzing the district’s security measures last year with the anticipated opening of Whole Foods across the street at the Chappaqua Crossing campus. Whole Foods is scheduled to open in November.

“It’s our job to make sure we have the best possible environment in place to hopefully prevent something from happening and deal with some of the other issues that are more likely to happen, which are people being in the building who shouldn’t be here during the school day,” Ackerman said.

The plans also call for the creation of two glass enclosures that would allow students to access any part of the building without exiting one of the four entrances. The proposed corridors would be between the gym and auditorium and the main entrance and library.

School personnel would have the ability to unlock more than one set of doors at Greeley during student arrival and dismissal to reduce foot traffic.

Work at the other schools includes an estimated $550,032 in improvements at Douglas Grafflin Elementary School. There would be the addition of a secured vestibule with an outside canopy. Kaeyer said a security office with a window would also be built.

Roaring Brook and Westorchard elementary schools and Seven Bridges Middle School would each have a security office. Kaeyer proposed the physical education office adjacent to the vestibule in Roaring Brook be renovated and divided to accommodate a security office and a window. At Westorchard, a window in the main office, which is adjacent to the vestibule, was also recommended.

At Seven Bridges, there would be a small security office built on the side of the vestibule with a window.

Despite the addition of a security desk to the auditorium lobby vestibule of Robert E. Bell Middle School in recent years, plans call for a second set of doors to be installed for $18,936.

A decision by the Board of Education is required by Apr. 30 for the district to schedule a referendum for June.

The Chappaqua Board of Education has scheduled a special meeting for this Thursday, Apr. 26 at 8:30 p.m. at Horace Greeley High School to discuss the issues.

Abinanti to Propose Bill to Have AG Prosecute Police Offenses 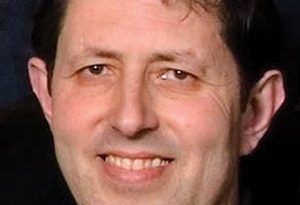