Skip to content
The Examiner
October 29, 2019 Martin Wilbur 1181 Views 2 min read
We are part of The Trust Project

A Chappaqua resident is on the verge of becoming the next candidate seeking the Democratic nomination to vie for Rep. Nita Lowey’s congressional seat.

Jo-Anna Rodriguez-Wheeler, who has volunteered on campaigns stretching back to the Senate runs of Geraldine Ferraro and Hillary Clinton and was a Bernie Sanders delegate in 2016, said she will likely make a formal campaign announcement within the next two weeks.

“I just thought it’s time for me to actually give voice to a lot of the stories on the campaign trail,” said Rodriguez-Wheeler, 49, who moved to Chappaqua with her husband about a year ago and has three sons between 12 and 25 years old.

If she officially declares, Rodriguez-Wheeler would be the fourth Democrat to line up to contest the nomination. Assemblyman David Buchwald, state Sen. David Carlucci and Rockland attorney Mondaire Jones are already in the field.

Rodriguez-Wheeler said she had previously been contemplating a primary challenge against Lowey, primarily because of her early hesitancy as to whether to support an impeachment inquiry into President Donald Trump. Once Lowey announced on Oct. 10 that she would not seek re-election to the seat she’s held since 1989, Rodriguez-Wheeler consulted her family and thought it was the right time to enter the fray.

She also said she was inspired after reading the book “Represent: The Woman’s Guide to Running for Office and Changing the World.”

Rodriguez-Wheeler, who started out as a receptionist and now owns a small business with her husband, said the issues people cared about while she was on the Sanders campaign trail are still relevant a few years later – protecting the environment, education, healthcare and jobs.

She estimated that she would need to raise about $3 million to run a competitive race.

“I have been very methodical about rolling out because I think it’s more important to build a base of support rather than going out there to make a huge, splashy announcement,” Rodriguez-Wheeler said.

Born and raised in Manhattan, her mother immigrated from the Dominican Republic at 19 and her father came to New York from Puerto Rico. Rodriguez-Wheeler is familiar with Westchester and the areas that currently comprise the 17th Congressional District, having visited Playland as a child during summers and FDR State Park in Yorktown with school groups.

Last week, Westchester County Democratic Chairman Reginald LaFayette said that he is aware of Rodriguez-Wheeler’s interest but knows little more about her. There are likely to be additional candidates who may announce their intentions to run for the seat as well, he said.

“There’s still time for that, for people to lay out their options,” LaFayette said.

Other Democrats who have filed with the Federal Election Commission (FEC) but have not formally announced their candidacies are Luz Awilda Morena-Casanova of Yonkers, Lola Osoria and David Katz.

On the Republican side, Josh Eisen of White Plains has also filed with the FEC. 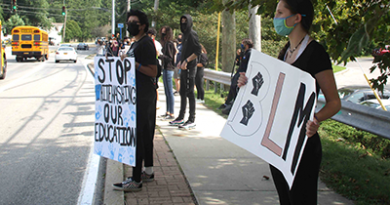 Mt Pleasant to Recognize Medal of Honor Recipients This Weekend

North Castle Town Board to Vote on Brynwood Zoning Change