Skip to content
Business The Examiner
September 9, 2021February 22, 2022 Examiner Media 1155 Views 3 min read
We are part of The Trust Project

St. Theresa’s K-8 Catholic School in Briarcliff Manor has been closed since 2013, but its roof is still open for business. Solar business, that is.

The Archdiocese of New York, with Con Edison Energy Solutions (CES), is installing solar panels on the school’s roof. The community solar project will be completed by the end of the year.

Once installed on the 20,000-square-foot surface, the panels will generate 159 kilowatts of electricity, which will flow into the electric grid. That’s enough to power 20 homes for one year.

The church, which still uses St. Theresa’s school building for religious education and day car and held Catholic Youth Organization basketball games before the pandemic, received an undisclosed lease fee from CES and will obtain a 10 percent discount on its electric bill. Additionally, the parish can designate nine low-income parishioners to receive solar credits, which would provide discounts on their electric bills.

The 10 percent discount is significant, explained Martin Susz, director of energy management for the Archdiocese of New York (ADNY), who is overseeing the project.

“If we can save every parish 10 percent, that’s a big deal,” Susz stated. “We could spend more on food for the poor, sheltering the homeless and education. We can save money for spending on whiteboards, teachers and computers.”

Maria Regina High School in Hartsdale is another possible candidate for solar, Susz explained. It has a 10,000-square-foot roof.

“We’re working out the economics of Maria Regina,” he said.

In 2018, the archdiocese installed a solar array on the roof of St. Anthony’s Catholic School in Yonkers, which generates 134,300 kilowatt hours.

In another sign of ADNY’s partnership with CES, the archdiocese is leasing unused land on its property at St. Augustine’s Church in Ossining, for a 10,000-square-foot electric battery that will store one megawatt of electricity. The project will enable Con Edison to store energy for use in peak times to avoid brownouts in the area.

The ADNY, consisting of church properties in Westchester, Putnam, Rockland, Dutchess, Ulster, and Sullivan counties, as well as the Bronx, Manhattan and Staten Island, is undertaking the solar projects based on the Pope’s “Laudato Si – “On Care for Our Common Home” encyclical, which the Vatican issued in 2015.

“The climate change, we see it every day in front of us,” Susz explained. “The hurricanes, drought, fires.”

“We all have to do our part,” he added. “Caring for the planet is a big deal. We need to care for God’s creation.”

He said the solar effort is a stewardship issue for the next generation.

“There is an urgent need to develop policies so that, in the next few years, the emission of carbon dioxide and other highly polluting gases can be drastically reduced, for example, substituting for fossil fuels and developing sources of renewable energy,” the Pope’s 2015 encyclical states.

“Utilities are one of our three largest expenses,” Susz stated. “We want to make sure we get the best rate.”

Additionally, the ADNY has changed the lights in buildings at 100 parishes in Westchester, Putnam, Dutchess and other locations in the Hudson Valley from incandescent and fluorescent to LED bulbs, which use less energy and thus lower electric bills. 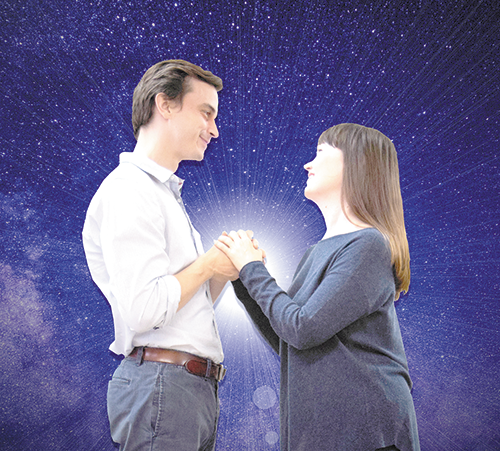