Carol Ann Butler was born in Yonkers on Dec. 16, 1937, the daughter of Albert and Emilie (Erm) Porach. She passed away at her home in Valley Cottage on July 4.

Carol attended Sacred Heart Elementary and graduated from Gorton High School where she met her husband of 60 years, Kenneth B. Butler. She worked for both the railroad and Beecher Funeral Home, in between raising her five children.

She is survived by her husband, Kenneth, of Valley Cottage; her two daughters, Carol Anne Alvarez of Nanuet and Mary Klass and her husband, Louis, of Pearl River; her two sons, James and Michael and his wife, Victoria, of Mount Kisco; her two sisters, Emily Eppler of Yorktown Heights and Florence Van Tassell of Cos Cob, Conn.; and her four loving grandchildren, Nicholas, Matthew, Christopher and William. She is also survived by many nieces, nephews and cousins. She was predeceased by her son, Kenneth; her sisters, Mary Mengel and Ruth Ellison; and brother Vincent Porach.

Carol’s love of music and strong faith led her to join St. Paul’s choir where she sang for over 40 years. What she enjoyed most was spending time with her family, dear friends and especially her grandchildren.

A Mass of Christian Burial was on July 8 at St. Paul’s Church in Congers. She rested at Beecher Flooks Funeral Home in Pleasantville, where the family received friends on July 7. Interment was at Gethsemane Cemetery.

In lieu of flowers, donations to the St. Paul’s Church Food Cupboard, Memorial Sloan Kettering or Helen Hayes Hospital in her memory would be appreciated. 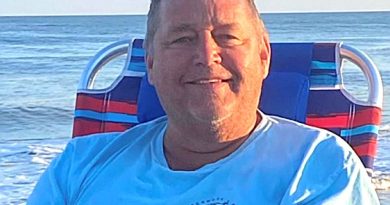