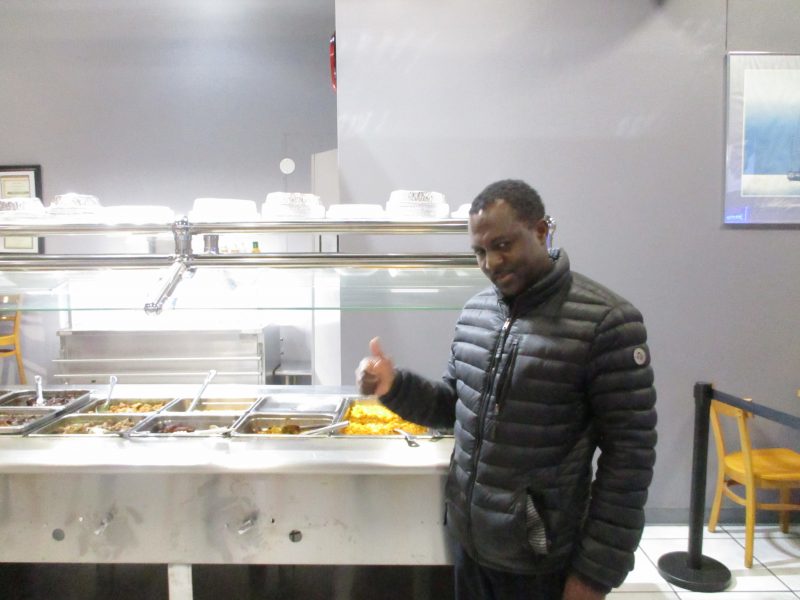 White Plains resident Horace Bassham explained last week the name of his new business, Caribbean Thyme Restaurant, which is located in the city on Court Street.

Thyme refers to the spice, which is important in Caribbean cooking, Bassham, who opened the eatery in October, said. “It’s all about the spice,” he said.

Bassham said the previous restaurant he owned for five years was located on Lexington Avenue in White Plains and when his lease expired and his landlord wanted to double the rent, Bassham chose Court Street for the site of his new business. He wanted a place where “people would pass on a regular basis.” Bassham said he looked at the 51 Court St. site for three years before it became available. The restaurant has been popular with Westchester County government employees and police and firefighters, he said.

Most of the food is sold in a buffet format at a cost of $7.99 per pound. It has both dine in and take out options and catering services are available. “People love the idea of choices,” Bassham said. “You can pick every meat you want.”

Some of the offerings include curry chicken, oxtail, jerk chicken, salmon, shrimp, curry goat, stew peas, cow foot, quinoa with spinach, macaroni and cheese, plantains, rice, collard greens and salads. “You name it, we have it, on a daily basis,” Bassham said.

The exception to the buffet format is soup, which is available in $4 and $7 sizes.

Oxtail is his customer’s favorite item, Bassham said. It takes much effort to properly prepare oxtail, he said. His restaurant’s oxtail is cooked and simmered for about two hours. Curry chicken and jerk chicken are among the other customer favorites, he said.

A key to the popularity of his offerings is the herbs and spices, with most being imported from Jamaica on a monthly basis, Bassham said. The authentic herbs and spices from Jamaica are organic and have a stronger essence compared to those grown domestically, he said. “When you eat something here you get the real authentic taste of Jamaica,” he said.

Bassham said he has no one particular favorite dish from his restaurant. “To be frank with you I enjoy everything because everything is from the heart,” he said.

Caribbean Thyme Restaurant is located at 51 Court St For more information call 914-368-8664.The restaurant is on Facebook and Instagram.