Skip to content
The Putnam Examiner
March 10, 2017 David Propper
We are part of The Trust Project

Since the early fall when the senior center lease at the Butterfield redevelopment resulted in scorched earth meetings of the Putnam County Legislature, tempers have cooled as the county hopes the controversial new center is ready before the end of the year.

Legislator Barbara Scuccimarra, who represents Philipstown, confirmed the lease — which was amended and approved several times by the county Legislature in contentious meetings — was signed by both the county executive and Butterfield developer Paul Guillaro and there is now a target date for the center.

“We’re good to go,” she said in an interview.

The senior center planned at the Lahey Pavilion came with much objection and criticism from many Cold Spring residents concerned that the lease favored Guillaro too much. Originally, the center was supposed to be situated in Building Two on the Butterfield campus, but it was then switched over to Lahey.

Scuccimarra said the hope is once Building Two on campus is complete and doctors offices in the Lahey Pavilion are moved over, the renovation on the senior center can begin and continue through the summer.

Scuccimarra also said the funding is there to get the project done. Scuccimarra, Office for Senior Resources officials, and the architect met with seniors roughly two months ago to update them on what it’s going to look like inside.

“Hopefully, by fall, we’ll have some seniors in there,” Scuccimarra, a tireless advocate for the center, said. “Wouldn’t that be wonderful.”

But until last Friday afternoon, the village was waiting to get an important piece of information that dates back to when the planning board OKd the change from Building Two to the Lahey Pavilion last year.

Matt Francisco, the village planning board chairman, said the lease between the county and Guillaro was supposed to be given to the village over the summer. Part of the lease states that seniors that instead of them driving individually to prevent an overflow of parking onto the street.

On March 3 (last Friday), the deputy county attorney sent the village a document that he said was the lease, Francisco said. The day before, on March 2, The Putnam Examiner sent Guillaro an email inquiring why the village was still waiting for the lease. That email and past phone calls to his office have not been returned.

Guillaro, the applicant for the project, has yet to personally send over the lease, Francisco said Monday afternoon.

Francisco said while the site has “insufficient parking,” the board was willing to go ahead without worsening the parking issues by requesting county busing. He said the prior planning board, led by Barney Molloy, approved a sub-standard site plan. Molloy didn’t return an email seeking comment.

Francisco said on Aug. 25 the planning board adopted a modification to the lease condition stating if the county doesn’t go forward with senior center plans and a copy of the lease is never received, then the space would be assumed for retail, requiring another 28 parking spaces.

“If you bus the people over, then we’re going to realize you’re not going to need parking,” Francisco said. “It’s not by any means a perfect situation.”

Guillaro and the village have long been at odds during the approval process.

Guillaro has threatened legal action against the village by filing a notice of claim that alleges the village intentionally hampered Butterfield getting approvals once Mayor Dave Merandy took office.

Merandy, who is up for reelection this month, dismissed the claims by Guillaro and stressed the village has followed the law throughout. His challenger, Alison Anthoine, has argued Merandy hurt the project’s process and, if elected, she would attempt to settle any legal disputes the village is facing.

Francisco said the public record doesn’t support any delay, but shows the board’s unending effort to work with the applicant. He said the project slowed because Guillaro requested changes to the site plan and wouldn’t give information to the village for several months.

“The planning board accommodated him at every single turn,” he said.

Guillaro and Francisco have butted heads before including through written correspondence, with Guillaro sending a threatening letter to the planning board in August 2016 because the board hadn’t yet issued a permit for Building Two as the planning board members awaited the

lease for the senior center at Lahey (the final tweaks to the lease were approved by the county Legislature in the fall.) He claimed in the letter that Francisco and the village administration were latching onto the issue to further the delay the progress at the site.

He wrote the delays have stalled the project by more than a year and resulted in high costs and that was the planning board’s “intent from the start.” He added because of the village, he wasn’t able to get Hudson Valley New York Presbyterian in Building Two by last November.

“As I noted in prior communications, the damages continue to mount,” Guillaro wrote in the Aug. 15, 2016 letter.

But Francisco fired back in a letter two days later, stating the blame for delays only falls on Guillaro. He noted it’s not the planning board’s fault that the county still hadn’t approved a lease for the senior center at that point and that Guillaro chose to amend an already approved site plan. Francisco also wrote it took Guillaro time to deliver an amended site plan for the planning board to sign off on in August and other necessary information as reasons for the delay.

“I have asked for a status update on the County lease as it is a central condition of the approval,” Francisco wrote in his Aug. 17 letter. “To date I have not received any response.” 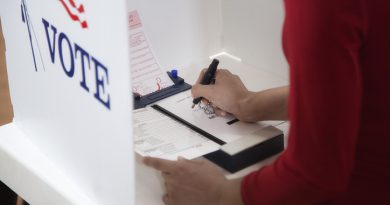 Board of Education Candidates in Putnam Districts on Ballot

Wary Residents Look to Opt Out of Kent Sewer District