Skip to content
Business Spotlights
April 30, 2013 Neal Rentz
We are part of The Trust Project

There are legends about how tapas were created.

One story is that a patron at a bar in Spain did not want flies to enter his wine glass, so he covered it with a slice of ham. Another theory is peasants would travel from town to town in Spain and cover their wine jugs with small plates of food.

Whether the stories are true or not, there is one thing that is undeniable – tapas are becoming increasingly popular in America.

Michael Jannetta opened a new tapas restaurant, Sala on Hudson, in November in Croton. “I just think it’s the best way to eat,” he said last week during an interview at his eatery.

Sala is not Jannetta’s first restaurant. His first, also named Sala, opened in the Bowery section of Manhattan in 1999 and closed in 2011 “after the rents went crazy,” he said.

Jannetta has owned Sala 19, located on 19th Street in Manhattan, since 2004. His other restaurant, Rye House, is an American restaurant and bar also located in Manhattan.

He said he decided to open Sala on Hudson after he moved to Garrison. “I always felt that if an opportunity came my way I might take it,” he recalled. “This opportunity came up with the space and I thought we’d give it a try.”

Jannetta’s wife, Shahla, works in her husband’s new restaurant and the couple has two children, Ames and Amara.

One of the new restaurant’s most popular dishes is lomo adobado, which is pork loin that has been marinated in olive oil, thyme, garlic and paprika. “We grill it on a flat top really hot,” Jannetta said. Other popular tapas are dates stuffed with almonds that are wrapped in bacon and fried; garlic shrimp, fried goat cheese accompanied by white truffle honey; and the Spanish classic, egg and potato tortillas.

Sala on Hudson’s menu is not limited to tapas. The restaurant also serves larger portion entrees such as authentic Spanish paella.

Sala also serves a variety of beverages including sangrias and other Spanish wines. The cooking duties are handled by Greg Johnson, a Culinary Institute of America -trained chef

Sala is currently open for dinner every night and since April 13, has been serving brunch on Saturdays and Sundays. Jannetta said he is planning to also be open for lunch in the future.

Jannetta, who cooks as a hobby, has a passion for Spain. “I traveled the length of Spain, off and on, for many years,” he said.

His love of Spain is now being shared in northern Westchester through food and drink. 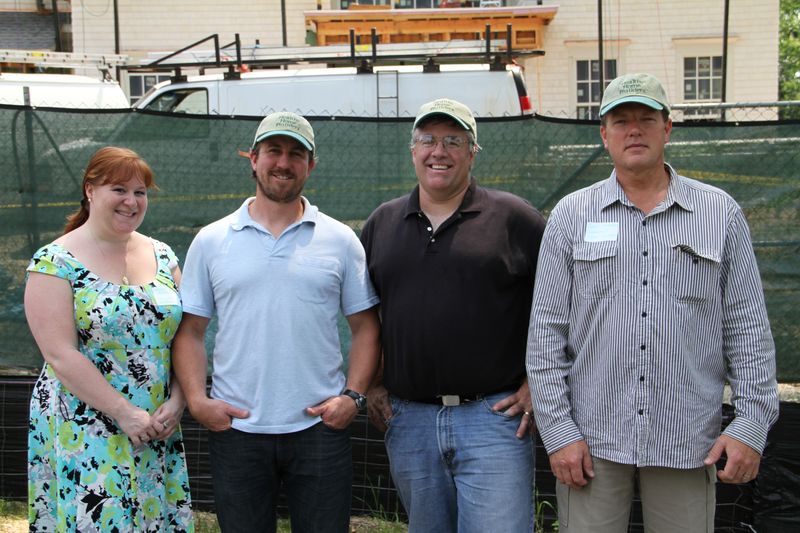