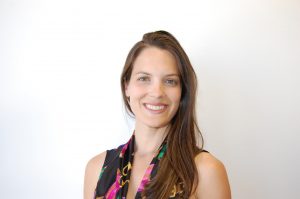 Brittany Brandwein was recently appointed executive director of the White Plains Business Improvement District. She will begin her new role on Sept. 9.

Early next month there will be the passing of the torch at the White Plains Business Improvement District.

Brittany Brandwein will become the new BID executive director, replacing Kevin Nunn, who told the BID board earlier in the year he wanted to leave the position because he wants to work part time.

Brandwein previously served as the BID’s director of events and business promotions.

Brandwein explained last week why she wanted to become the BID executive director. “Managing people is an important aspect to running events and over my years in the field, I have come to enjoy inspiring a team,” she said. “During my tenure at the BID I have developed insight into the various roles and institutions that make White Plains the wonderful place it is. In this leadership position at the BID I hope to bring a collaborative effort towards making White Plains the most attractive city in the tri-state area north of New York City.”

Brandwein, who has been employed by the BID for the past six years, said she is “deeply committed to the success of downtown businesses.”

“My goals are to continue to drive foot traffic to downtown White Plains,” Brandwein said. “We do this with exciting events, innovative business openings, and art in public places. I hope to grow these ideas and encourage more companies to lease space here and give people reasons to want to move, live, work and shop in downtown White Plains.”

The BID has played a role in the growth of the city in recent years, Brandwein said. “The BID has increasingly become a trusted resource to the business community. The establishments within our BID look to us for marketing and business relationship advice and businesses and property owners interested in working in White Plains leverage us for our intimate knowledge of the downtown.”

Brandwein said her background is in development services, in which she has been involved in research, events, and promotions, primarily in the performing arts. “Utilizing these skill sets to spur economic development has been my purpose at the BID the past several years.

Brandwein said the BID executive director post is an at will position. “I look forward to my new role as executive director and hope it is the next step in a long, prosperous relationship with the downtown business community,” she said.

Nunn, who was executive director of the BID for eight years, discussed his greatest achievements during his time as the head.

“Overall, I am proud of the fact that the relevance and visibility of the BID as a meaningful force to improve the economic and social fabric of the downtown has improved during the last eight years,” he said. “Increasingly, we are asked when we are hosting our next event. It is great to hear that. In addition, site selection consultants, local property owners, entrepreneurs and state agencies reach out to us more than ever to assist in business relocations — whether it’s identifying space or simply providing information about our downtown. Finally, I am very proud of hiring a talented and hardworking team to staff the BID.  They make everything that we do possible. We have a small team (four people) and they accomplish a tremendous amount of work at a high level of quality.”

Dunn provided his impressions of his successor.

“Brittany is a very talented, bright, organized and hardworking individual,” he said. “She is an exceptional event planner, superior fundraiser, and gifted communicator. In addition to these qualities Brittany knows how to persevere, to come back from setbacks, diagnose what occurred and put a plan in place for going forward all while keeping her team together and committed to making things better.”