Skip to content
Letters
August 11, 2020 Annette
We are part of The Trust Project

Jamaal Bowman and Mondaire Jones shocked the nation when they won their primaries to become Democratic candidates for Congress in seats that are all but certain to be won in November. Most of the attention they have received revolved around their defeat of long-term incumbents (Bowman defeated Eliot Engel and Jones’s candidacy led to Nita Lowey deciding not to run for re-election), their progressive policies and the fact that two African American men were able to win in largely suburban Westchester County. One of the key factors that deserved greater attention was that both candidates had well-publicized positions in opposition to American militarism.

A quick glance at their campaign pages shows that both have called for reductions in military spending, the repeal of the Authorization for the Use of Military Force (AUMF) that has given three presidents a blank check to wage endless war, bringing the troops home from Iraq and Afghanistan and ending weapons sales to Saudi Arabia, which is currently committing genocide in Yemen. All of these positions, with the exception of arms sales to Saudi Arabia, are essentially opposed by the leaders of the Democratic Party in Congress. It is crucial that Jones and Bowman remain vocal on these issues once they take office. These two bold progressives, soon to be freshman congressmen, should lead the way in the creation of an anti-imperialist caucus in the House, joining with The Squad and others to create a voice that speaks out against American militarism overseas.

In addition to the positions on their websites, they ought to speak out against U.S. regime-change operations in countries in Latin America and the Middle East. They should call for a massive reduction of U.S. military bases around the globe. They should demand that the U.S lead the world in denuclearizing, setting an example for others to follow.

About 120 years ago, when the U.S. was beginning to conquer overseas territories in the Caribbean and the Pacific, an influential anti-imperialist league was formed, with members of Congress, the Senate, former presidents, literary figures, industrialists and union leaders. It is time to revive that great tradition and Jamaal Bowman and Mondaire Jones ought to lead the way!

Not Everyone is in a Position to Support Restaurants 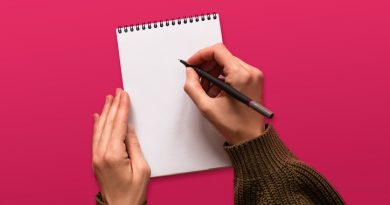