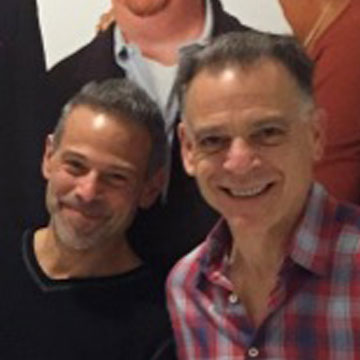 The co-owners of Blockheads, which opened in White Plains three years ago are brothers Don, left, and Ken Sofer.

Ken Sofer said he and his brother, Don, have no real motivation for naming five of their seven restaurants, including one in White Plains, Blockheads.

Sofer said last week, “Blockheads is a funny name. There is no reason for it.”

Blockheads’ entrees include quesadillas, a Mexican salad bowl, nachos, tacos, burritos and vegan offerings. Though cheese is provided in many entrees, no animal fats are used for cooking, Sofer said.

Many margaritas are available, including mules, which according to the menu include “a float of liquor and a nip of beer.” Other drink options include sangrias, shots, beers and the “Looney Clooney Tower 80,” which is 10 to 12 “ultra premium margaritas” for parties of three or more. Sofer said the name of the tower was influenced by George Clooney and the tequilas his company created.

The Sofer brothers, who reside in upstate New York, have owned restaurants for 30 years. Ken Sofer began his career in restaurants as a bartender. The brother’s first eatery was Benny’s Burritos, which opened in Greenwich Village in 1989. After five years the brothers ended their business relationship with their other partners and decided to go out on their own.

The concept of Blockheads has been influenced by the image of San Francisco in the hippie era of the late 1960’s and early 1970’s Sofer said. It is “sort of a New York idea of San Francisco,” he said. For its New York City locations, Sofer said the restaurant is particularly created for those between 25 and 35, while the White Plains eatery is meant to attract patrons slightly older.

Sofer said he and his brother were seeking a Blockheads location outside of New York City and decided on opening a new restaurant in White Plains. “White Plains seemed just to be such a welcoming atmosphere for new businesses,” he said. One of the appeals of opening on Mamaroneck Avenue is the proximity to the City Center, he said.

A stress of the duo is to hold their prices low, Sofer said. Many drinks are $8 and lower and all dinner options $14 and lower. Brunch entrees are $11 and $10 lunches are available. In the near future Blockheads will offer $8 burritos weekdays between 5 and 7 p.m., Sofer said.

“This is a place to come, hang out with friends and have fun,” he said.

Blockheads is located at 40 Mamaroneck Ave. For more information call 914-288-8070, send an e-mail to ada@blockheads.com or visit https://www.blockheads.com/.