On Thursday, July 25, as the July heat wave rescinded, the competition in the White Plains Men’s Residential D Recreation Softball League was only getting hotter.

The Green Onions of Black Bear and Lazy Boys are pacing each other on the top of the standings of the 10-team Residential D League. The two rival teams matched-up against one another on Thursday, at Carl J. Delfino Memorial Park, with the victor securing first place in the Men’s Residential D League.

If you were deprived from viewing this intense rivalry softball contest and desired to know who won; all you had to do was travel past these two pubs on Mamaroneck Avenue, later that same evening, to witness Manager Connor Dempsey and his Green Onions team in front of the Black Bear Saloon celebrating.

Green Onions (9-2) defeated Lazy Boys, 11-10, to takeover first place, in Men’s Residential D Recreation Softball League. The game ended with two spectacular catches on both corners of the outfield, which saved the game for Green Onions.

Green Onions established an early lead in the game by scoring four runs in the top of the first inning. Green Onions shortstop Mike Esposito hit a double in the third inning to score two more runs, which cumulated in four RBI for Esposito by the third inning of the game. “I think it was big to jump out to an early lead. This team (Lazy Boys) was in first place and we knew we had to win to takeover first place,” said Esposito.

The Black Bear representatives then tacked on five more runs in the fourth inning when Keith Lazere and Matt Taft slammed back-to-back homeruns. Lazere’s blast was a three-run shot, while Taft soloed deep to right-centerfield making the score 11-4 Onions, going into the fifth inning.

Lazy Boys came alive in the fifth inning scoring four runs and the score remained 11-8, until the bottom of the seventh inning. This was mainly due to Lazy Boys pitcher Dom Ammirati settling down and not allowing a run after the fourth inning.

Green Onions pitcher Josh Holsten was steady all game except for the troubling fourth and fifth innings, when he gave up four runs in each frame. Nonetheless, Lazy Boys (8-2) was in first place at the start of the game and they were not going to relinquish the top spot easy.

Lazy Boys scored two more runs in the bottom of the last inning to make the score 11-10, and they were threatening to win the game. However, Green Onions Joe Danyo in rightfield and Lukas Cornfield in leftfield seemingly gestured to their team, no, it is our night to celebrate.

Danyo reached up high in rightfield and brought down a solidly hit long fly ball for the second out of the inning. Another Holsten pitch and another long fly ball, but this time to rightfield and Cornfield ran back, stretched his arm up and snared it in his glove.

Holsten’s expression of relief was very apparent on the mound. “They saved the game for me. I could not have done it without them,” smiled Holsten.

Butterfield’s shortstop Kevin Clampet, a nine-year veteran and Lieutenant on the White Plains Fire Department, temporarily extinguished the Highlanders. Clampet hit a three-run homerun in the top of the seventh inning to give his team the lead 13-12.

But Butterfield’s pitcher Kyle Yosy was thrown out from centerfield trying to score with one out, which later proved devastating for Butterfield 8.

The Highlanders came to bat in the bottom of the last inning and scored two runs to win the game, which was captioned by a walk-off RBI double by leftfielder Richie DeSimone.

Bob Hyland’s Sports Page (6-4) remained in fifth place in Men’s Residential D League, by squeaking past Cappello’s Auto (3-6), by one run, 7-6, at Delfino Park, on Thursday. 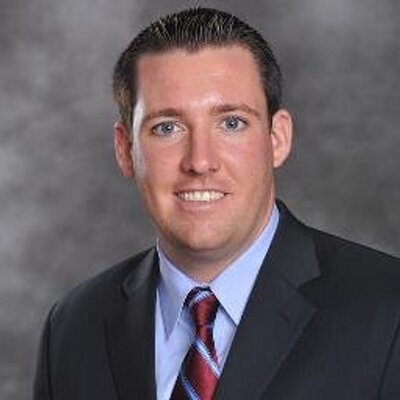