By Martin Wilbur and Nora Lowe

The $58.9 million main proposition that will include nearly all proposed work throughout the district was successful 1,341-618. The $3.65 million second proposition that pay for air conditioning on the second floor of Mount Kisco Elementary School passed by a very similar count, 1,342-610.

Meanwhile, in a five-candidate board race for three Board of Education seats, Gilian Goldman-Klein, Blakeley Lowry and Amal Shady were victorious in a close battle. While Goldman-Klein finished comfortably ahead with 1,169 votes, 99 votes separated the remaining four candidates.

Totals released by the district after 10 p.m. showed Lowry with 1,062 votes, Shady was next with 1,005 followed by Chris Kramer (966) and Roger Nadel (963). Goldman-Klein, Kramer and Nadel ran as one ticket while Lowry and Shady ran together.

The two incumbents, current Board of Education President Hilary Grasso and three-term board member Warren Messner will both remain on the board, although Messner, who finished third in the six-candidate race, had to settle for the remaining 13-plus months of former board member Victoria Tipp’s term.

Grasso collected 1,019 votes while Ryan Kelsey, one of four challengers in the race, finished right behind her in second with 1,014.

The race’s other candidates, Kristin Miles and Jeffrey Mester, finished with 721 and 576 votes, respectively.

Superintendent Dr. Christine Ackerman said she was extremely grateful for the “community’s support of the school district and everything that we’re trying to accomplish for our kids.”

On Wednesday, Elsner released the results of the Chappaqua Library Board race. There were no candidates on the ballot for the full five-year library board term. Two other seats, a one-year and two-year term, were also up for grabs after two trustees abruptly resigned last month. Those who picked up the most write-in votes will serve on the library board.

The four incumbents were victorious in the seven-candidate battle for three full terms and an unexpired term on the Board of Education.

Mia DiPietro (944), Vice President Jason Berland (841) and Melissa Jacobs (746) were elected to the seats carrying three-year terms, while two-term incumbent Lara Stangel finished fourth with 772 votes to serve the remaining year of former board member Ira Schulman’s term. Schulman resigned at the end of 2021 after being elected one of North Castle’s town justices last November.

“This budget supports all programs that promote student success,” said Superintendent of Schools Dr. Jen Lamia. “It maintains all academic, athletic and extracurricular programs. It also enables the district to continue to develop new initiatives in a fiscally prudent manner that will enhance the Byram Hills student experience.”

Pleasantville saw its budget and two propositions easily pass, including the $2 million bond issue that will help pay for a new heating, ventilation and air conditioning system at the middle school. The HVAC bond was approved, 1,313-172, while the proposition to establish a capital reserve fund passed by a similarly lopsided total, 1,293-184.

In the board race for one seat, Erin Ballard held off Joe McCoy, 819-682. Ballard will replace four-term member Shane McGaffey who opted against running for another term.

“I really did my best to run a campaign that reflected my values and what I want to see in our school district including engagement, kindness, transparency,” Ballard said. “I think I did that successfully.”

Before she is seated on the board come July, Ballard said she plans to spend time meeting with community members, hearing about their experiences and seeing how the district can move forward.

The Mount Pleasant School District’s $69.8 million budget was approved by 70 percent of district voters, 420-181. Steven Mastrosimone (454 votes) and incumbent Christopher Pinchiaroli (427 votes) won the two Board of Education seats in an uncontested race. 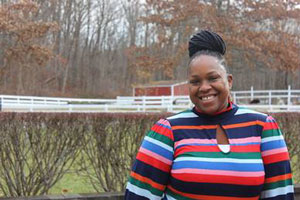 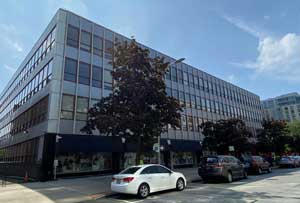