The Bedford Central School District is considering eliminating one or two of its elementary schools in the near future due to declining enrollment.

The facilities plan is spearheaded by the district’s Space and Enrollment Committee. Since June 2017, the committee has been working with Dr. Paul Seversky from the SES Study Team, a demographic and strategic planning firm, to assess the district’s enrollment and school capacity.

Last December, Seversky presented his findings to the Bedford Board of Education. His report showed the projected school enrollment decline over the next five years and beyond. He estimated that by the end of the 10-year period concluding in 2028, high school enrollment is projected to drop by 28 percent. There were 1,384 students in grades 9-12 in 2018 and only 997 students are anticipated in those grades by 2028.

Districtwide enrollment has fallen from 4,367 students in 2013-14 to 3,915 last year, according to historical data provided by the district.

To address the issue, school officials have retained Interactive Inc., a national evaluation firm, to explore ways Bedford could operate with a smaller student population.

According to last week’s e-mail, the district may consider three alternatives to address the continuing declining enrollment: continue operating five elementary schools, operate four elementary schools or operate three elementary schools. If any changes are made, the preparation for implementation would begin next year, although no timeline for closing the schools has been mentioned.

No decisions have been made as to which, if any, elementary schools in the district would be shuttered. Manno said last week that the goal in sending out the communication was transparency.

“Our goal is to be extraordinarily transparent in this process, make sure everyone knows what the process is, what the steps are, exactly what we’re doing, to be very clear about the decisions that need to be made, and I believe that’s articulated very well in the publication that went out today,” Manno said at the board’s Sept. 18 meeting.

Cats Rescued From Fatal Mt. Kisco Fire Up for Adoption 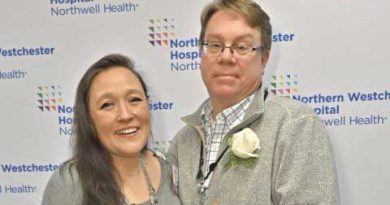