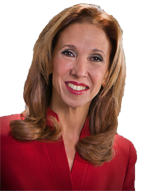 Assemblywoman Amy Paulin (D-Scarsdale) has proposed legislation that aims to restore judicial discretion to judges in relation to requiring bail for criminal defendants who may pose a threat to public safety.

The 2019-2020 New York State Budget included sweeping changes to the way defendants are remanded following their arrest and before their criminal trial begins. Under these reforms, courts now must release defendants on their own recognizance pending trial unless the court makes a determination that the defendant poses a flight risk to avoid prosecution. However the court may not consider the dangerousness that a defendant poses to the crime victim or the community.

In addition to the recent mass shooting at a kosher supermarket in Jersey City and a stabbing incident at a Rabbi’s home in Monsey. Paulin pointed to an attack in Brooklyn where a 30 year old woman physically attacked three Jewish women while shouting anti-semitic epithets. As a result of the new bail reforms, the attacker was released after being charged with attempted assault as a hate crime. Just one day later, the defendant was arrested as the result of a similar unprovoked attack on another woman and again she was released. The judge did not have the discretion to detain the defendant on bail. It wasn’t until a third arrest just days later that the serial attacker was remanded pending a psychiatric evaluation.

“With this amendment, we have the opportunity to adjust the critical bail reforms that were enacted last year. Bail reform needed to happen in the interest of justice and equal treatment of accused individuals but we must balance those objectives  against the safety and security of our residents. During this time of widespread and increased attacks against the Jewish community, we must do all we can to make all New Yorkers feel safe and protected.” Paulin said.

Paulin went on to say, “The good intentions of the pre-trial reforms that were passed in last years budget unfortunately have come with some unintended consequences that need to be addressed immediately.” said Paulin. “I am particularly concerned that judges have lost the ability to impose bail on violent and potentially violent perpetrators of hate crimes and domestic violence. These types of crimes carry a high incidence of recurrence and escalation in severity. We cannot have a situation where the judiciary is handcuffed and the victims of crimes are left vulnerable and afraid.”