Skip to content
The White Plains Examiner
February 21, 2017 Pat Casey
We are part of The Trust Project

In a decision filed Feb. 15, a four-judge panel of the Appellate Division of the State Supreme Court unanimously upheld an earlier Supreme Court ruling that there was no basis to the Gedney Association’s claim that the White Plains Common Council’s December 19, 2013 vote to adopt a findings statement pursuant to the State Environmental Quality Review Act (SEQRA) regarding the French American School of New York’s (FASNY) proposal to build a school in White Plains at the site of the former Ridgeway Country Club, violated the State’s Open Meetings Law.

The Gedney Association had asked for more transparency in the way White Plains Council decisions are made on several occasions, and ultimately filed the lawsuit claiming the open meetings law had been violated.

The Appellate Court stated that the vote on December 19, 2013 by the White Plains Common Council to adopt the positive environmental findings statement for the planned School was “publicly voted upon. Accordingly, no violation of the Open Meetings Law occurred.”

The Court further determined that the evidence demonstrates that the revisions were based upon discussions between members of the Common Council, individually, and the Corporation Counsel for the City, that no quorum of the Common Council was present at the time of these discussions, and that the revisions to the draft findings statement were posted on the website for the City in advance of the December 19, 2013, public meeting. A quorum of the Common Council thereafter convened at the scheduled public meeting held on December 19, 2013, and publicly voted upon the resolution adopting the findings statement.

The Gedney neighborhood association, which has sued the city in the past is determined to legally counter moves by both FASNY and the White Plains City government to move an “Alternative Plan,” which would limit FASNY development to only a portion of the property under application, and change the established status of the entire FASNY property as an Environmentally Sensitive Site.

In response to last week’s Court decision, which also requires the Gedney Association to pay FASNY and the City for the costs of bringing their failed legal action, the following media statement was circulated by the neighborhood association.

“The recent decision by the Appellate Division of the New York State Supreme Court concerns a procedural matter regarding the environmental findings adopted by the City of White Plains more than three years ago in connection with the French-American School of New York (FASNY) project.”

“Even more importantly, this appeal was related to the earlier site plan review process.

This court decision has absolutely no impact whatsoever on the current site plan that is being reviewed by the Mayor and Common Council, a process that still needs to be completed and will involve a future public hearing that will allow the voices of the community to be heard.”

“The Gedney Association, representing more than 1,500 local residents, will continue to vigorously oppose FASNY’s ill-conceived plan because this development, if built, will create dangerous and hazardous traffic conditions to drivers, bikers, school children and pedestrians as well as increased response times for emergency service providers. The project, will also cause environmental, and economic/quality of life issues that will adversely affect citizens throughout the White Plains area,” the Gedney Association statement concluded.

John Botti, a White Plains resident and member of the FASNY Board of Trustees who is overseeing the planning for the new School and conservancy, said in a statement prepared after the Court’s decision: “Once again the Gedney Association leadership has brought frivolous and ill-conceived litigation that is a complete waste of time, energy, and money – the City’s taxpayers’ money, and their own members’ money. The Gedney Association is 0 for 4 in Court.” The Honorable Joan Lefkowitz previously described efforts to block the School as “a war of attrition.”

“This was an absurd claim from the beginning. Clearly, the City followed a process and had been fully transparent in its discussions and voting on the Environmental Findings. For the Gedney Association to file their initial lawsuit and then, even after being admonished by the Supreme Court, to file a costly appeal, is simply a continuation of the legal harassment the Gedney leaders have resorted to in a misguided effort to obstruct and delay the School’s legal rights. FASNY is pleased with the Appellate Court victory and remains confident in the merits of our application. We’re fully committed to our School and Park and to becoming a vital part of the White Plains community,” Botti continued.

When the White Plains Council voted to engage in the stipulation settlement in September 2016, it conceptually agreed that the new FASNY proposal was reasonable, but remained subject to the normal legal review process.

School classes have been limited to middle and high school grades, with a student cap at 640, down from 950. Nursery and elementary school students will remain at other FASNY locations in Westchester.

The building footprint and athletic field design remain the same for Parcel A, minus a back box theater. 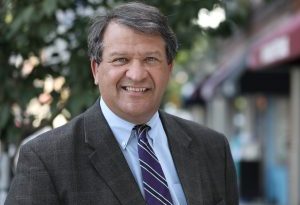