Skip to content
The Putnam Examiner
February 17, 2015 David Propper
We are part of The Trust Project

A suspended Mahopac student-athlete, barred from any sport activities for the rest of his senior year, lost his fight to overturn the ruling handed down by the Mahopac administration last week when the Board of Education denied his appeal.

The Mahopac basketball player—who saw his team’s 6-13 season end in the outbracker round of the Class AA playoffs lastweek—andhisfamilywasinformedof the decision by Superintendent of School Brian Monahan last Wednesday morning in an email, closing another chapter in an ongoing Mahopac drama. In the email sent to the player’s father, Monahan reminded him that his son, who is also part of the golf team in the spring, “may petition the principal if he wishes to play a spring sport.”

The player’s father told The Putnam Examiner the family was “extremely disappointed” by the school board’s latest move.

“We are extremely disappointed with the decision by our school board,” the father said. “We’re not surprised they didn’t go against the superintendent’s decision, but we still don’t think they realize who they really represent: Us, the taxpayers.”

After a school board meeting Wednesday night, in which not a single resident addressed the issue, Monahan and board president Michael Sclafani declined comment when approached after the meeting.

Attorney for the family, Michael Sussman, said he and the family would sit down and discuss what the next move is, when asked in an interview if he might pursue legal action against the district on behalf of the family.

“The situation there as I got it is blatantly unfair to the young man involved,” Sussman said.

The controversy began when an African-American Carmel basketball player accused the suspended Mahopac player of directing a racial slur toward him during a Jan. 7 basketball game. The Mahopac player was suspended due to a rough elbow used during that game against the same Carmel player as an investigation ensued into the allegations.

Monahan said no evidence was found to confirm the Mahopac player used a racial slur, but he told the suspended player that he was still barred from all sports activities the rest of the year because of rough physical play.

While the administration told the player he was being suspended for rough play not representative of the school district, Sussman said Mahopac boys basketball coach Jim Harter never mentioned anything to the player during the game that is subject to the controversy and wasn’t even called for a flagrant foul.

Assigned to guard a taller, more athletic basketball player, Sussman said physical play could be expected to make up for the height differential.

“Was it a rough elbow thrown, I think it was,” Sussman said. “But that’s not the sort of thing normally that yields a suspension for the rest of the year for the rest of your high school career. I’ve been

doing this kind of work for 30 plus years and I think it’s way excessive and as I said it is very vague.”

Sussman said he fears that last year’s incident, in which eight Mahopac students were suspended for sending out racist tweets during a Mahopac-Mount Vernon basketball game, resulted in his client’s suspension. Because of that past history only a year removed, Sussman believes Section I, the governing body of high school sports in the region, has applied pressure to the Mahopac athletic program.

“I think that he’s been made a scapegoat,” Sussman said. “I think it’s very unfortunate.”

Sussman said he did talk with the attorney for the district, Ralph DeMarco, in hopes of convincing him to reason with the school board, but instead, the board opted to “set a dangerous precedent” by supporting the administration.

“What it says is regardless of the rules, we may not have any rules, we’re still going to suspend you,” Sussman said. “You didn’t violate any rule but we have some general roving authority to suspend you, which is difficult.”

Mahopac Man to the Run for the 94th Assembly District 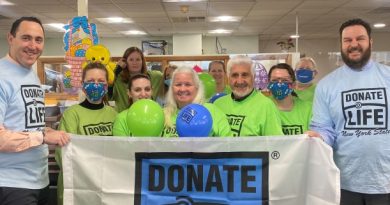