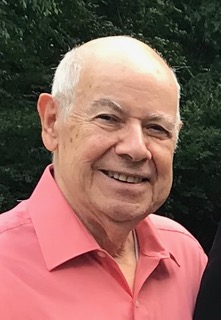 It is with heartfelt sadness that the family of Anthony Oliveri announces his passing on Sept. 15 at the age of 81. He was surrounded by his wife and children at his side.

Tony was born on Oct. 13, 1939, son of Millie and Anthony Oliveri, in New York City. Tony attended the School of Visual Arts and went on to a career as a commercial artist. His first job was at Klein’s Department Store in the advertising department, and he went on to work at Merling Marx Advertising Agency, Resnick Advertising and later for Woolworth & Co. in Manhattan.

Tony married his childhood sweetheart, Rita Ann Aranzullo, on Apr. 18, 1964, at the Immaculate Conception Church in the Bronx. He will be lovingly remembered by his daughter, Camille Geremino, and husband Michael of Katonah, and his son, Anthony Oliveri, and wife Marie of South Salem. Tony will also be affectionately remembered by his six grandchildren, Michael, Rachel, Marc, Christina, Anthony and Victoria. In addition to his parents, Tony is predeceased by his sister, Maria, and his granddaughter, Mary.

Tony was a gifted artist and was a self-taught drummer and had a passion for music of all kinds including jazz, classical and opera. He would be considered an “audiophile,” having an intense interest in stereo equipment and sound. He also loved cooking, reading, movies and especially spending time with his grandchildren and family.
A Mass of Christian Burial will take place this Saturday, Sept. 25 at 10 a.m. at Holy Innocents Roman Catholic Church, located at 431 Bedford Rd. in Pleasantville. In lieu of flowers, the family suggests memorial contributions be directed to the charity of one’s choice.