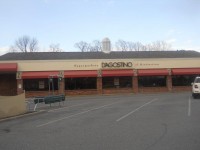 Since losing the D'Agostino supermarket last year, New Castle officials and residents have continued to explore the possibility of attracting another market to Chappaqua.

It won’t be easy bringing a supermarket back to Chappaqua.

The New Castle Town Board met with local architect Albert Krull during its March 6 work session to discuss the feasibility of a supermarket returning to the hamlet. Chappaqua has been without a market since D’Agastino vacated the shopping center at King Street and Route 117. A Walgreens pharmacy is expected to move into the space.

Since the announcement of the closing, residents have been clamoring for a replacement.

“Before everyone says let’s get this, let’s have an idea if we can get what they want,” Town Attorney Clinton Smith said. “We have to know the right things to offer.”

An important consideration working against the town is the lack of available space for a large supermarket chain. One of the largest available spaces is the 28,000-square-foot lot across from Susan Lawrence, the bakery and gourmet food shop on North Greeley Avenue. However, that is unlikely to be large enough to accommodate a major chain store. Instead, town officials would probably need to look to attract a smaller boutique grocery.

Krull, who handles retail development, said the town must have a clear plan to recruit potential supermarkets, including a specific marketing pitch for potential developers.

“This is a huge transition for the hamlet,” Krull said. “In this economic climate if you decide to take on a task you have to get the right brokerage firm and look at the target areas of development.”

Krull said that the town must focus on where its opportunities lie and what it wants to feature in the downtown.

“You have to look and see where you want to target specific uses,” he said. “Look at the uses you have. There seems to be an ebb and flow of vacancy, which is not great for anybody.”

Krull said the town should look to create a charming hamlet atmosphere for Chappaqua with a downtown that people want to visit.

Supervisor Susan Carpenter said that developers weren’t interested in the D’Agostino site, finding it to be too small. Krull said there is interest in Chappaqua due to its favorable demographics, but there doesn’t appear to be suitable space to host a major chain. Krull said a store such as Balducci’s could be a good fit or the New Jersey-based King’s.

“You can’t get Stop & Shop or A&P to shrink down,” Krull said. “They don’t know how to do it. It’s up to the town to sell and market itself.”