Skip to content
The Examiner
May 9, 2017 Martin Wilbur Armonk, North Castle
We are part of The Trust Project

North Castle is expected to file an Article 78 against the state Office of Mental Health (OMH) and its commissioner for failing to uphold the town’s objection to a proposed residential treatment facility in Armonk.

Supervisor Michael Schiliro said the town board unanimously authorized its attorneys to initiate the legal action by this Friday, the 30-day deadline for the town to make the submission.

The Article 78 will also name the California-based Paradigm Treatment Centers, the sponsoring entity that is looking to open the facility in an eight-bedroom house at 14-16 Cole Drive for teenagers suffering from depression, anxiety, post-traumatic stress disorder and/or co-occurring dependency issues.

At a special meeting on Apr. 26, Town Attorney Roland Baroni said North Castle is challenging the portion of OMH Commissioner Anne Marie Sullivan’s Apr. 12 determination that defers on the issue of lack of need.

In her decision, which followed a commissioner’s hearing a month earlier involving the town and Paradigm, Sullivan concluded that Paradigm’s operation would not significantly alter the character of the area and did not represent an overconcentration of state-licensed facilities in Armonk.

While there are three such facilities within three and a half miles of the site, none of those are within the Town of North Castle, she wrote.

Town officials have also questioned whether Paradigm’s proposal, which would serve a transient population for stays of about 30 to 45 days for each person, misuses the state’s Padavan Law. The 1978 law established the group home concept that was aimed at helping the developmentally disabled and people with other disabilities to live in typical family residential settings and not institutions.

Despite fierce outcry from the neighbors on Cole Drive and nearby streets, Councilman Jose Berra said the concern isn’t limited to the area immediately surrounding the house.

“If it’s something appropriate and required by the law, of course we’ll stick by it, but in this case, it seems like it may be an inappropriate use, and beyond that, it seems like there may not be need, so I think we have to protect all the town’s residents,” Berra said.

When contacted, James Plastiras, an OMH spokesman, reiterated the agency’s explanation from last month, saying that the independent hearing officer found that the evidence presented would not result in the area’s character near the house being altered, nor would there be an overconcentration of similar facilities in the area.

Those are the only two issues the commissioner considers when weighing that portion of a sponsoring agency’s request, he said.

Plastiras added that Paradigm’s Prior Approval Review application is still being examined and must be approved by OMH for it to receive an operating certificate. That is a separate issue from need and potential overconcentration.

He said the Padavan Law was created specifically to prevent municipalities from creating zoning ordinances to prevent the siting of necessary treatment facilities “driven by NIMBY concerns.”

Rich Bamberger, a spokesman for Paradigm, declined to comment on the likelihood of an Article 78 being filed. 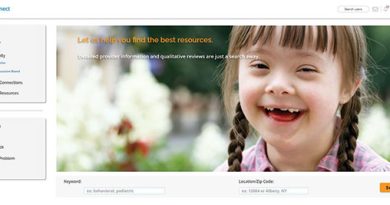