Skip to content
The Examiner
May 18, 2017 Martin Wilbur Mount Pleasant
We are part of The Trust Project

After Peter Blume graduated from Pace University, he did what countless other finance majors have done before and since – start a career in the corporate world.

But several years later, he left disappointed and longed to pursue a more meaningful calling.

Blume decided to become a police officer and for the past 20 years has served in the Mount Pleasant Police Department, the town where he grew up and has been raising his two children with his wife in Valhalla.

There is also another factor that helped influence Blume’s decision. With a short commute between work and home, the classically-trained trumpeter would have a greater opportunity to practice his instrument and continue to perform in his free time.

“I’m a police officer and I’m very proud of what I do, and I’m good at it, but it is not my identity,” Blume said. “My identity is as a musician. That’s what I am.”

Blume has now experienced a highlight that he has worked long and hard to achieve. On Monday, his debut CD, “My Classical Passion,” was released, a collection of 27 tracks consisting mainly of classical pieces but with jazz and other influences. He arranged, performed and produced the recording. It is a culmination of three years in the studio and a lifetime dedicated to music since he discovered the trumpet as a child.

While the CD features selections from Mozart, Bach and Handel, he also chose music that is ordinarily not part of the typical classical trumpet repertoire. The tracks include slightly more obscure pieces that should please classical music aficionados but offers something for almost any listener. There are a couple of polkas and a selection from Louis Armstrong as well.

“On every track there’s something different,” Blume said. “I try to keep that listener interested. There’s jazz, there’s influences of other things. There’s even later stuff on there. It’s my classical passion and how I interpreted it.”

He was accompanied by pianist Svetlana Gorokhovich, another local resident, with Jeannette Spoor providing the vocals.

Spending his own money on the production, Blume recorded at Sweatshop Studios in Katonah and had it re-mixed and mastered by Joe Costable at other Westchester studios. With that assistance, he was able to perfect the recordings, but Blume said everything heard on the CD is how it sounded in the studio, something that is often lost in many popular music recordings.

He also didn’t want to rush the project, and spent the extra time and money to make the CD the best he possibly could.

“Most of the music today is about entertainment,” Blume said. “I’m not an entertainer, I’m an artist. I’m hoping that I’m exciting in my craft as opposed to boring, but that’s not the point of this. I’m an artist and I really approach my craft in that way. There’s a unique quality about it as opposed to trying to have a shtick or bells and whistles.”

Blume, 50, grew up in Thornwood in a household that didn’t have a television because his parents saw it as a distraction. He chose the trumpet when it was time to take an instrument in fourth grade at Holy Rosary School in Hawthorne. His father had played the German zither, and there were many different genres of music played at home.

He wanted to take private lessons, and by eighth grade his parents rewarded him with individual instruction through the time he graduated from Stepinac High School.

Blume also studied at Hoff-Barthelson Music School in Scarsdale and began playing in bands when he entered Pace. Between his sophomore and junior years of college, Blume took a year off to study at the Mozarteum in Salzburg, Austria, where he typically trained from five to eight hours a day with some of the best young musicians from around the globe.

Although his parents were highly supportive of him going to Austria, they did not want him to try to make a full-time career out of music. After returning to the United States, he earned his degree and got a job with the Xerox Corp. in Stamford, Conn.

“Was I disappointed? Yes, but in hindsight I’m glad because the music industry is very, very hard to support yourself at this point,” Blume said of being discouraged from making music a full-time career. “Back then it might have been easier. It was obviously still hard but not as hard as it is today.”

Over the years, he has played with a wide assortment of musicians at various jobs and has taken a strong liking toward jazz. Blume has performed at clubs and social functions and at venues as diverse as the United Nations and the U.S Military Academy. He has played the National Anthem at Rockland Boulders and Hudson Valley Renegades minor league baseball games and has served as a faculty member at the Music Conservatory of Westchester.

Blume’s musical influences are as diverse as the places he’s played. In addition to jazz, he loves Dvorak and Copland as well as Sting, Chicago and Bruce Hornsby.

When the corporate career didn’t pan out, he sought to serve others. Ultimately, Blume would serve the community he has called home nearly his entire life.

“To become a police officer, not only was it an important job in my mindset, I had a feeling I would be able to do my music and I have for 20-some-odd years,” Blume said.

He has been able to share his passion for music with his children, now 9 and 11 years old. While one motivation for creating the CD was to help give him greater exposure with the hope of snagging better gigs, it was also to leave a legacy to his family.

“Part of putting this album out, to be honest with you, was to leave something for my kids,” Blume said. “If I die tomorrow, in 20 years I’m just a distant memory. With this album, they will be able to hear me play and this is something they’ll take into adulthood. They’ll hear my passion and remember.”

“My Classical Passion” can be purchased in either hardcopy CD or digital download format by visiting peterjblume.com, or directly via Amazon, iTunes and CD Baby. 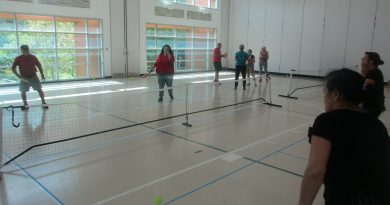 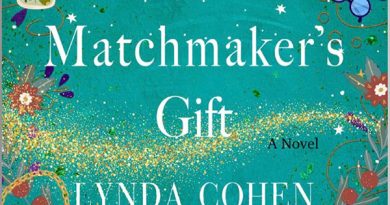 Local Novelist Delves into World of Matchmaking in New Book