Skip to content
The Northern Westchester Examiner
January 9, 2017 Rick Pezzullo
We are part of The Trust Project

The Indian Point nuclear power plants, which have been a fixture in the Village of Buchanan for more than 50 years and help provide electricity to several million homes and businesses in Westchester and the five boroughs of New York City, will close in 2021.

The stunning announcement was first reported in the New York Times Friday afternoon and confirmed Monday by Entergy, which purchased the controversial plants 15 years ago, invested $1.3 billion in safety improvements and has been seeking a 20-year license renewal from the federal Nuclear Regulatory Commission since 2007 to continue operating the facility.

“Key considerations in our decision to shut down Indian Point ahead of schedule include sustained low current and projected wholesale energy prices that have reduced revenues, as well as increased operating costs,” said Bill Mohl, president of Entergy Wholesale Commodities. “In addition, we foresee continuing costs for license renewal beyond the more than $200 million and 10 years we have already invested.”

An agreement to shut down the plants was worked out between Entergy, several New York State offices and agencies and Riverkeeper. Under the pact, Indian Point Unit 2 will cease operations as early as April 2020 and Unit 3 in April 2021. However, an emergency provision is included that could give Entergy an additional four years of service in the event of war, a sudden increase in electrical demand or a sudden shortage of electric energy.

“For 15 years, I have been deeply concerned by the continuing safety violations at Indian Point, especially given its location in the largest and most densely populated metropolitan region in the country,” Governor Andrew Cuomo said. “This administration has been aggressively pursuing and incentivizing the development of clean, reliable energy, and the state is fully prepared to replace the power generated by the plant at a negligible cost to ratepayers.”

“Closure of Indian Point represents a landmark victory for the Hudson River and the people of New York,” said Scenic Hudson President Ned Sullivan. “Scenic Hudson has worked for decades to stop the massive environmental damage to the Hudson River caused by the plants’ withdrawal of billions of gallons a day of cooling water. The accelerated closure and other provisions of the settlement will protect the health and safety of New Yorkers and restore the integrity of the Hudson River.”

“Indian Point has long posed a grave threat to the safety and well-being of those living not only in the Lower Hudson Valley but to the nearly 18 million residents within a 50-mile radius, including New York City,” Lowey said. “I look forward to working with the governor to find green solutions to meet New York’s energy needs, keep energy prices low, replace jobs and assist the workforce at Indian Point, support the local economy, and address the proper removal and storage of nuclear waste from the facility.”

According to Entergy, about 1,000 employees work at the Indian Point Energy Center and opportunities within the company will be offered to those interested in continuing employment. The agreement calls on Entergy to annually move a set number of spent fuel rods from its storage pools to dry cast storage on site and have annual inspections by state designated representatives through 2021. Entergy will also establish a $15 million fund for river restoration and remediation, as well as projects providing public benefits to the community.

“This agreement provides what we’ve been fighting for for decades: a definite early closing date for Indian Point—our biggest existential threat in the region,” said Riverkeeper President Paul Gallay. “It’s a win for the safety of our communities, a win for the Hudson River and all the rich variety of life within it, and a win for a clean, sustainable energy future.”

But not everyone was happy with the announcement, particularly local leaders who were blindsided by the news.

The Town of Cortlandt receives $1 million annually from Entergy, and the Hendrick Hudson School District relies on Entergy for more than 30 percent of its budget. About 46% of the Village of Buchanan’s operating budget comes from Indian Point.

“I am asking for bipartisan support from federal, state and local officials,” said Buchanan Mayor Theresa Knickerbocker. “I’m asking for support so that our beautiful community does not become a ghost town like so many other communities when an industry leaves.”

Cortlandt Supervisor Linda Puglisi wrote to Cuomo six years ago requesting a meeting to discuss his opposition to Indian Point, but was turned down. After hearing the latest development, she called on the governor to immediately form a Blue Ribbon Committee of all key stakeholders to discuss the various issues surrounding the closure of the nuclear plants, noting a similar commission was established when the General Motors plant shut down in Sleepy Hollow.

“As the elected town supervisor where this major industry is located Cortlandt and Buchanan should not have heard about this major news from a newspaper article,” Puglisi said. “Whether the nuclear plants are closed, open or another source of energy takes its place there are many issues that need to be addressed and resolved.”

State Senator Terrence Murphy (R/Yorktown) faulted Cuomo for his lack of transparency and insisted “he bring his show on the road to my district and explain this to us.”

“He owes it to us to come to the communities affected to explain exactly how we will safely store and protect spent fuel rods here for the next century, find replacement power for a quarter of our region’s energy needs, and fund the gigantic holes this move blows into the local budgets for the Town of Cortlandt, Village of Buchanan and the Hendrick Hudson and Peekskill city school districts over the long-term,” Murphy said.

“I am shocked by the governor’s proposal and I am very concerned about the effect it will have on the employees of Entergy, their families, as well as the loss of tax revenue which the local school district and municipalities significantly rely on,” added State Assemblywoman Sandy Galef (D/Ossining).

Peekskill Mayor Frank Catalina was equally disturbed by the announcement, contending closing Indian Point “will be a total disaster for the area.”

“I only hope the governor has a contingency plan for this area to replace Entergy, but I am skeptical,” Catalina remarked. 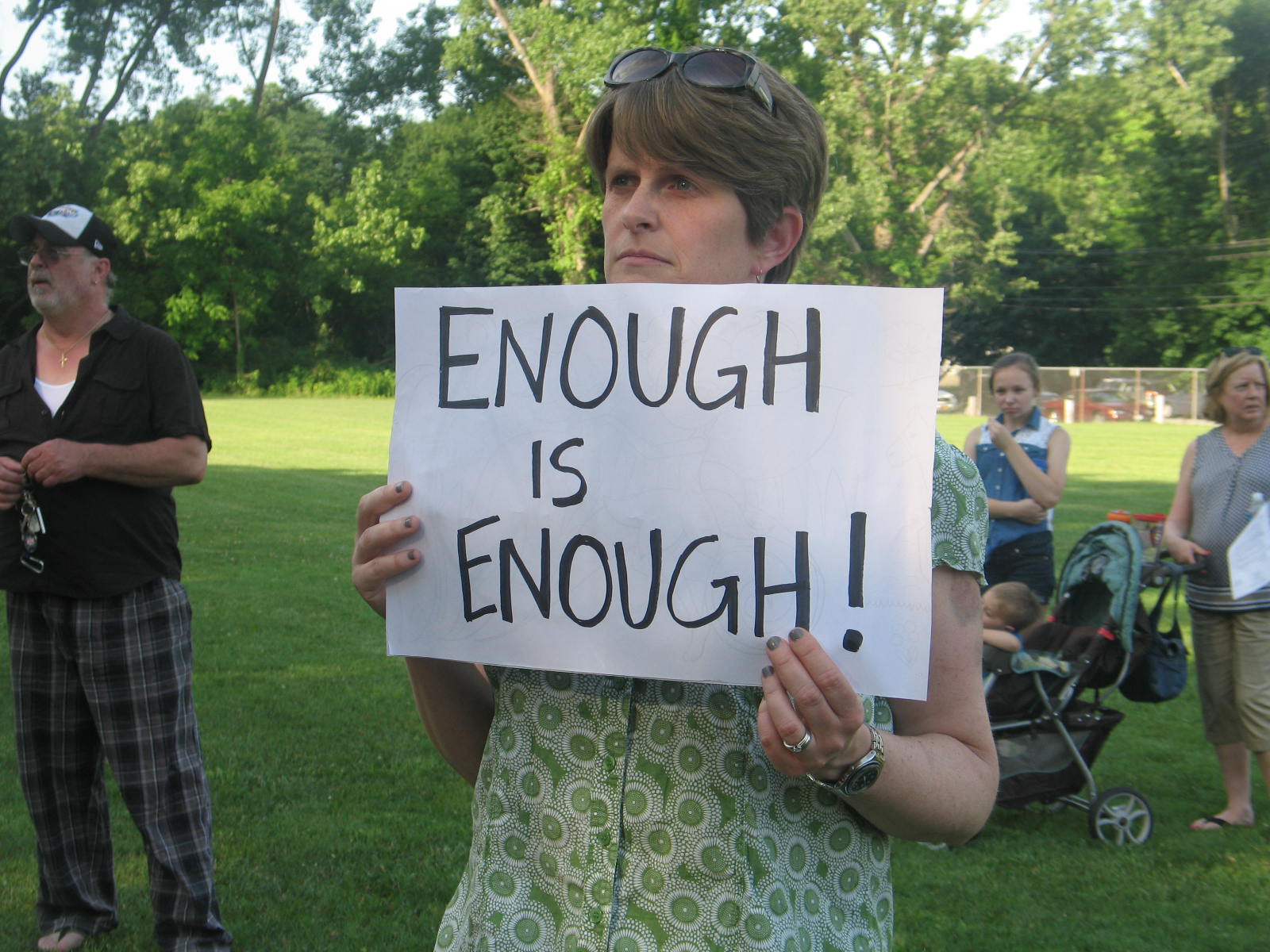 Hundreds Turn Out for Charter School Hearing in Peekskill