Skip to content
The Northern Westchester Examiner
January 28, 2014 Rick Pezzullo Teatown Reservation
We are part of The Trust Project

An anti-animal cruelty group is calling on Teatown Lake Reservation to drop its plans to use trained sharpshooters to lure and gun down as many as 75 deer on its 875-acre nature preserve in Yorktown.

More than 600 people have signed a petition initiated by Animal Defenders of Westchester opposing what they describe as a “nighttime rifle ambush.” A second group, the Teatown Members & Neighbors Against Animal Cruelty (TMNAAC), is asking Teatown’s Board of Trustees to “end the cruelty before it starts.”

“The idea of an environmental conservation organization that is visited by school children each day luring wild animals to slaughter them is enough reason to be disturbed,” said Anne Marie Marx, who founded TMNAAC to provide a unified voice. “Then you find out that their plan calls for secret nighttime rifle kills in the middle of Westchester County which is unbelievable and frightening. We can’t understand why Teatown, an organization that we respect and have been members of for many years, would authorize and pay to slaughter innocent animals. It’s hard to believe we are talking about Teatown.”

Teatown has obtained a permit from the state Department of Conservation to slaughter a maximum of 75 deer during three to four evenings this winter to reduce its herd “to a size that protects the ecological integrity and health” of the property, according to Teatown officials.

Teatown Executive Director Kevin Carter said studies have been conducted over the last five years regarding deer management and a cull has been determined to be the most effective and humane manner in which to handle the growing deer population.

“You can have too much of a good thing,” Carter remarked. “Deer is a wonderfully beautiful animal but so are all the other animals in our forest. The loss of birds and the loss of rodents in our forest is just as important as the deer. We have a dying forest. This is a manmade problem. It’s caused by development.”

Before settling on the sharpshooters, a plan Carter emphasized Teatown was committed to carrying out sometime in February, Carter said Teatown thoroughly investigated such options as sterilization, fencing, repellants and managed hunts.

He conceded it was a complex problem that was difficult to explain to the public at large. He also denied an accusation from an unidentified member of Teatown’s Advisory Board who claimed he was never informed about the deer slaughtering plan.

“It seems very oxymoronic,” Carter said about the non-profit environmental conservation organization killing animals. “Teatown has talked about this for years. Not everyone likes every approach. We certainly respect the passion of these groups but they’re making claims about Teatown that are not true. We can’t simplify problems in the world if we want to make it a better place.” 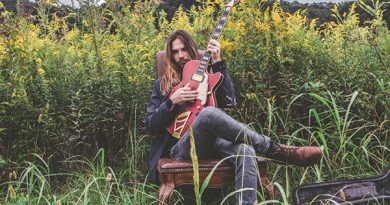