Whether Sweeney Todd is your favorite musical or you’ve never seen it before, there will be something new for all at the White Plains Performing Arts Center’s production of the show, which opens October 10.

Reimagined by Director Jeremy Quinn, this version of Sweeny Todd picks up after the original story ends and focuses on the character of Toby, who has been taken to an asylum after murdering Todd and is constantly reminded of characters like Todd and Mrs. Lovett through the doctors and nurses he encounters.

Items in the Bethlehem Royal Hospital, where Toby resides, are used to drive the traditional tale of Sweeney Todd. For example, in the time period, facilities would put cages over the heads of patients who bite, so those cages will appear on ward residents and then be used as a birdcage in a later musical number. In addition, the head doctor and Sweeney Todd will be the same, which ties into the fact that surgeons in the time period were often sent to barber college to learn their trade.

“The nicest thing is that it’s an extremely artistically collaborative project, and I love that. For me, it’s almost like the epitome of what I’ve always strived to do but we’re taking it to the hilt because we’re imposing this different concept on it,” said Quinn.

Just one day into the rehearsal process, Quinn was already taking ideas from the cast and crew as to how to tie the new concept into the traditional story using items that would be found in Toby’s environment. Cassie Hohn, who is playing Mrs. Lovett, introduced the idea of Toby wearing a mop head in the asylum that will become his wig once the play flashes back to the traditional tale.

Many of the actors expressed an excitement to be able to have input into the show, and said that it gives them an opportunity to make the characters their own and grow as artists.

“I just did…Grease [which] isn’t the most artistically fulfilling show,” said Anthony Nuccio, who plays Anthony, the character who falls in love with Sweeny Todd’s daughter, Johanna. “[Quinn] said right from the get-go that he wants people who would be very into building a vision and, to me, it was already enough to do Sweeney Todd…but this adds another level on top of it.”

Quinn explained that the idea to put a new spin on this 35 year old play was inspired by Leisl Tommy, who recently produced Les Miserables at the Dallas Theatre Center and moved the story out of France and into South Africa. Quinn stated that he didn’t want to simply remount a production that most people had already seen, especially since WPPAC is located just 40 minutes north of Broadway.

He noted that the focus when remounting shows is often to get them as close to the Broadway production as possible, however most regional theaters are working with a limited budget. He stated that he doesn’t want to shy away from popular shows that are expensive to produce, but would prefer to develop creative ways to tell a story with the resources that are available to him.

Beth Stafford Laird, who plays Johanna, acted in a production of Sweeney Todd in high school and fell in love with the play. She noted that although the show will be different from the play people are used to, the dialogue and story will remain the same as the original.

“When you take a new, fresh look at something, it forces you to reexamine the storytelling, and that’s ultimately the most important part and we’re a small ensemble committed to telling the story so as long as that’s there I think it will be really exciting,” she said.

Running from October 10 through 26, the play will coincide with the Halloween season, which is appropriate given the gory nature of the plot. Steven C. Rich, who portrays Sweeny Todd, explained however, that this interpretation of the story will focus more on the characters than the violence.

“You’re going to see the gore and those elements, but hopefully, I think the way we’re doing it is going to help us get to the heart of the characters. You get to the heart, and the similarities of the emotions and things that we all feel, Todd just expresses them in a way we probably don’t want to in real life,” he said.

As with the play’s dialogue, the music for the production will remain the exact same as the original Broadway version. The score will be performed by a nine-piece orchestra, which is smaller than what is typically used for the show, but will be more in keeping with the new take on the tale, according to Musical Director Stephen Ferri.

“I know a lot of people are used to the sound of it being a big massive show but this orchestration, I think, captures Jeremy [Quinn’s] concept a little bit better as far as the idea that it’s grittier and a little bit smaller,” he said.

One thing that will be different though is the ending to the story. According to Quinn, the play will follow the traditional path but will have an additional ending that follows the usual conclusion of the story. Quinn wouldn’t give away his new ending, but teased that: “Toby goes over the edge for real.”

Tickets for Sweeney Todd are $50 for adults and $30 for students and can be purchased at WPPAC.com.

Youth of the Year Honored by White Plains Common Council 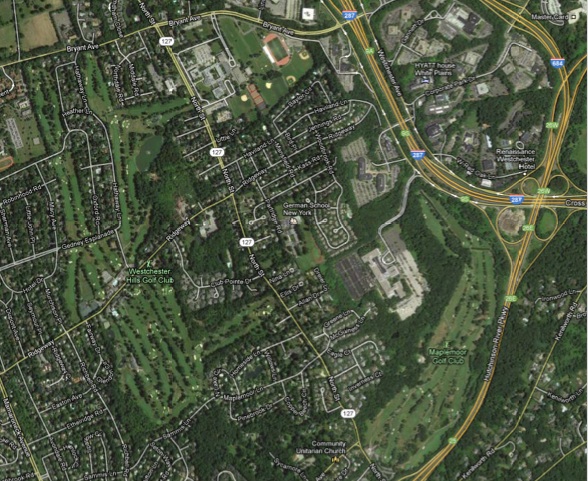