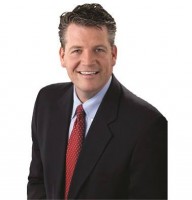 When weighing a run for the 40th state Senate District seat, Terrence Murphy and his wife, Caroline, discussed the possibility of moving south where the cost of living would be more affordable or staying and getting involved in their community and state.

It’s a conversation the couple also had when Murphy ran for Yorktown Town Board. The decision was to stick around and get involved.

“We decided that we’re all in,” Murphy said. “We’re going to give this a run, it’s an open seat and it’s an opportunity of a lifetime.”

Murphy, endorsed by the Westchester and Putnam Republican parties, points to a record of fiscal responsibility as a councilman and solid conservative credentials as the reason he’s the best choice over former Assemblyman Robert Castelli. Running to make New York more business friendly, Murphy is hoping to fill the seat that is currently held by Sen. Greg Ball.

In Yorktown, Murphy said he’s been part of a town board that has welcomed new businesses. With effective communication with prospective owners, Murphy said he has a firm grasp on the challenges that need to be overcome to open up a business, rather than letting it get mired in delays.

Murphy wants a repeal of two controversial laws that have recently passed. One is the SAFE Act, a set of gun laws enacted shortly after the elementary school massacre in Newtown, Conn. Murphy said while he understands what Gov. Andrew Cuomo and others tried to accomplish, he calls it a “disaster.” He said it’s unacceptable that previously law-abiding gun owners and members of law enforcement were turned into criminals overnight.

Murphy also said he would repeal the newly implemented education initiatives known as Common Core. Raising three school-age children of his own, Murphy said putting the new program into place was done too quickly. The state’s chief motivation was to take the $700 million in federal money. He said he is against a one-size-fits-all mentality.

“When did we become so convoluted with teaching,” Murphy said.

Delving into conservative issues, Murphy said as a Roman Catholic he is pro-life and “feels bad for anyone who has to go through an abortion.” He understands the state is not going to buck Roe v. Wade, but he would fight passionately against late-term abortions calling it “murder for the baby.” He is also against a non-medical professional performing the procedure because the mother’s life could also be jeopardy.

A hot topic continues to be ethics reform in Albany, especially after Cuomo shut down the Moreland Commission, whose job it was to weed out corruption. In Yorktown, Murphy said the board has come out with multiple ways to limit and stop corruption, including the formation of an independent ethics committee. What’s occurring in Albany, Murphy said, “is an absolute disgrace” and the main reason why politicians are disliked.

Murphy said he supports the Triborough Amendment coming from a family with union members. He said his mother would be unable to live in Westchester if not for his father’s union pension after he died several years ago.

Regarding Medicaid, Murphy said he wants abuses investigated. As for the tax cap that was passed in 2011, Murphy said he’s proud of staying within the cap in Yorktown and even reducing taxes the last two years while maintaining services.

“I am extremely proud of my track record of my budgets with regards to the 2 percent tax cap,” Murphy said, “with the unbelievable economy and unfunded mandates.”

Locally, the Algonquin Gas Transmission pipeline proposed to run by much of the district has been a controversial topic, especially in Yorktown. Murphy said he voted to allow the process of examining the proposed pipeline. Also, with the Hudson Valley facing a terrifying drug crisis, he would make that issue one of his top priorities.

Murphy said he believes he is the Republican candidate with the best shot against Democrat Justin Wagner in November. When Murphy ran for the Westchester Board of Legislators against Michael Kaplowitz in a strong Democratic district in 2011, he lost by a slim margin, he said. In Yorktown, he’s handily won his elections.

“I’m working hard, I’m knocking on my doors, I’m cautiously optimistic,” Murphy said. “I believe we have a very good chance of winning this and I’m looking forward to Nov. 4.”