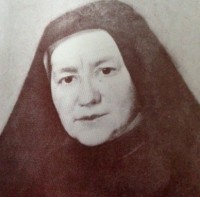 The first article in our historical look back at the Sisters of the Divine Compassion and the campus of Our Lady of Good Counsel at 52 North Broadway in White Plains, “The Good Counsel Campus, a Fixture in White Plains History,” published July 1, focused on the building of the Chapel of the Divine Compassion and the anniversary of the laying of the chapel’s cornerstone.

It was a major event at the time for White Plains and the Roman Catholic religious community of New York City as it expanded into Westchester County.

During the 19th Century there was much religious and philosophical discussion, especially in the Eastern communities of the United States that disagreed with the foundational teachings of a repressed Calvinist society. There was also acknowledgement of a societal hierarchy reflected in the established Protestant churches in the New York area as industrial wealth created a gap between classes.

The two founders of the Sisters of the Divine Compassion, buried in the White Plains chapel, Mary Caroline Dannat Starr, later to become Mother Mary Veronica, and Msgr. Thomas S. Preston, Pastor of New York’s St. Ann’s parish and Vicar General of the Roman Catholic diocese of New York, were both converts from Protestantism. Their work as individuals and partners in projects originating at St. Ann’s parish were in part responsible for the growth of the Catholic community in Westchester and reflected a spirituality of respect for the divine imminence and self-reliance of the individual.

In furthering the Catholic community in New York, they followed in the footsteps of several notable converts including Mother Elizabeth Seton, Father Isaac Hecker and Rose Hawkins Lathrop.

The building of the Chapel of the Divine Compassion was the culmination of the dreams and work of Mary Caroline and stands today as a sacred space, bearing witness to the generations of women and girls who walked and still walk on the grounds of the Good Counsel campus. It is also a testament to the contribution of immigrants and their families in the growth of communities and the place of White Plains as well as Westchester in that history.

In her book, “The Fruit of His Compassion, the Life of Mother Mary Veronica,” Sister Mary Teresa, RDC, outlines Mary Caroline’s life.

She was born in 1838 to Susanna and William Henry Dannat.

Susanna Dannat was the daughter of Daniel Jones, an immigrant from Wales who became a wealthy merchant in New York. The Jones’ fortune was made in brewing and real estate, passed down through following generations, and was estimated at $11 million at the time of Daniel’s son David’s death in 1881.

As a member of the Baptist church, Daniel Jones was concerned for the welfare of the poor in the New York community and encouraged his family to become involved in charitable activities. This concern he personally transferred to his granddaughter Mary Caroline, who would accompany him on walks around the city. They would sometimes find themselves attracted to the sounds of music or a sermon at a church door and would stop and sit to take the experience in.

These early experiences with her grandfather developed a spiritual inquisitiveness in Mary Caroline that she later shared with her father in various similar experiences and correspondences.

Mary Caroline’s mother, who later left the Baptist church to become a member of an Episcopal congregation, raised her children in the organized Protestant faith and taught them to look out for the welfare of those less fortunate.

Mary Caroline’s father William Dannat came from a prosperous Episcopal family involved in the lumber business in the New York area. William Dannat was also a spiritual seeker and throughout his life followed the writings of contemporary philosophers, especially the work of the American Transcendentalists Ralph Waldo Emerson and Henry James who believed that society and its institutions, particularly organized religion and political parties, ultimately corrupted the purity of the individual. He also followed the writings of German philosopher Immanuel Kant.

In her book on the life of Mother Mary Veronica, Sister Mary Teresa writes that while it is not known how much conversation between Mary Caroline and her father centered on the theological discussion of the time, it may have influenced her future religious decisions but did not stop her from pursuing a relationship with organized religion that ultimately lead to her conversion to Catholicism in 1868, when she was 30 years old.

There is also not much known about Mary Caroline’s marriage to Walter Starr that produced two sons, Chandler and Walter, and which was dissolved soon after the birth of Walter in 1860.

During her marriage, Mary Caroline was again attracted to the Baptist church but later joined the Roman Catholic parish of St. Ann’s upon hearing Father Thomas Preston preach. In one of her letters Mary Caroline writes about Preston’s contention that even though a priest may absolve a “sinner” (that sinner) is ultimately responsible for his own redemption.

Again Sister Mary Teresa writes: “It was the story of Mary Magdalen that especially appealed to her. Her heart was touched by the goodness and compassion of Christ in response to Magdalen’s extravagant love and repentance. She always said it was the story that converted her, and when she became a Catholic and was baptized Mary, she chose St. Mary Magdalen as her patroness.”

Msgr. Preston’s work was also felt across Westchester. He was born in Hartford, Conn., in 1824, graduated from the General Theological seminary receiving ordination as a minister in the Protestant Episcopal Church. In 1849 he became a Catholic and was raised to the priesthood in 1850, according to “Historical Records and Studies” published by the US Catholic Historical Society in 1906.

Records indicate Preston became the pastor of the Catholic Church at Yonkers and by him an effort was made to erect a mission church for the Tarrytown portion of his congregation. Like all beginnings, the article quoted in “Historical Records and Studies” says: “The effort met opposition. Washington Irving headed the list of subscribers with $100. Father Preston’s zeal overcame the obstacles and in late 1851 he purchased a piece of ground 100 x 125 feet on De Peyster Street near Cortlandt, on which St. Teresa’s Church now stands. Father Preston served mass twice a month and in 1858 Rev. John Hackett became the first resident pastor.

The church served the growing Catholic community of immigrants that had come to build the Hudson River railroad.

Preston later became Chancellor of the New York diocese, serving three successive Archbishops and in 1861 he became Vicar General of the diocese. He died at St. Ann’s rectory in 1891. His remains were placed in a vault under the old cathedral, now St. Patrick’s and were moved to White Plains in the crypt at The Chapel of the Divine Compassion in 1897.

Editor’s note: Much of the biographical information on Mother Mary Veronica’s life has been taken from letters and the written and published research of Sister Mary Teresa, RDC.