An independent report solicited by White Plains Mayor Tom Roach after the death of Kenneth Chamberlain on November 19, 2011, finds the police shooting justifiable because it took place “after negotiations and when all non-lethal means were unsuccessful.”

The report, which took four months of review and analysis of White Plains Police Department policy and activities, was co-authored by Maria Haberfeld chair of the Department of Law and Police Science at the City University of New York, John Jay College of Criminal Justice; John DeCarlo director at the Center for Advanced Policing, associate professor and criminal justice researcher at University of New Haven; Robert Vodde director Fairleigh Dickinson University School of Criminal Justice; and Michael Walker associate professor at Passaic Community College, teaching the use of force by police at academies throughout New Jersey and former director of the Paterson, New Jersey Police Department.

The  83-page report analyzes White Plains police hiring and training procedures and how they relate to minority and community populations in the city. Special attention is given to involvement with people with mental disorders and to preventing violent crime. Site visits, interviews of police personnel, including the Commissioner of Police, David Chong, as well as the Chief of Police, James Bradley, examination of the departmental policies and procedures, a host of documents related to the organizational and operational structure of the department and a variety of open sources are quoted and referred to in the report document.

In a specific section of the document pertaining to the Kenneth Chamberlain shooting that reviews actions and reactions that took place over the few hours of the incident, involving both Mr. Chamberlain and police officers on the scene, Professor Michael Walker’s assessment is the most pertinent. This section is contained in a few paragraphs on two pages.

The authors of the complete document in this section state: “Based on Prof. Walker’s assessment of the documents presented to us, his law enforcement training and experience it is his belief that the shooting of Mr. Chamberlain was totally justified and took place only after negotiations and all non-lethal means were unsuccessful and Mr. Chamberlain came at a police sergeant with a knife.”

From the beginning, Kenneth Chamberlain, Jr., Mr. Chamberlain’s son, supported by his lawyers Mayo Bartlett and Randolph Mclaughlin, has disagreed with police findings and has claimed his father’s death was unnecessary. The incident began as an emergency medical call because Mr. Chamberlain’s medical alert device had gone off, causing operators to call his home. There was no immediate answer and when Mr. Chamberlain was made aware that a call had been made, he claimed he was fine and asked to be left alone. Emergency Medical Service workers and police were already on the scene and police demanded access to Mr. Chamberlain’s apartment to determine that he was alright. Mr. Chamberlain refused to let them in.

The situation escalated. Recordings of Mr. Chamberlain’s discourse included police use of a racial slur and threats from Mr. Chamberlain that he would harm anyone entering his apartment. Chamberlain, Jr. says his father was vulnerable and reacting in fear to police taunting.

The use of a racial slur by police does not appear in the recently released report.

In May, Westchester County District Attorney, Janet Di Fiore announced that a county grand jury had dismissed the case against Anthony Carelli, the police officer who shot Mr. Chamberlain. In going over the evidence she said they could not find anything to bring forward an indictment. Fiore did, however, say the use of racial slurs by members of law enforcement was not acceptable behavior.

In an interview with The White Plains Examiner on Monday, Mayo Bartlett, said that the report “clearly does not address the situation in a comprehensive way. We request a new report. We want the U. S. Department of Justice and the FBI to do a review of the White Plains Police Department, one that is objective and comprehensive.” Bartlett added that such a report needs to consider the safety of people when they are alone in their homes and vulnerable. He was disappointed that the report did not go into any real depth about the Chamberlain shooting.

Kenneth Chamberlain Jr. and his lawyers plan to hold a press conference Wednesday morning with the NAACP and Blacks in Law Enforcement to make a formal statement. 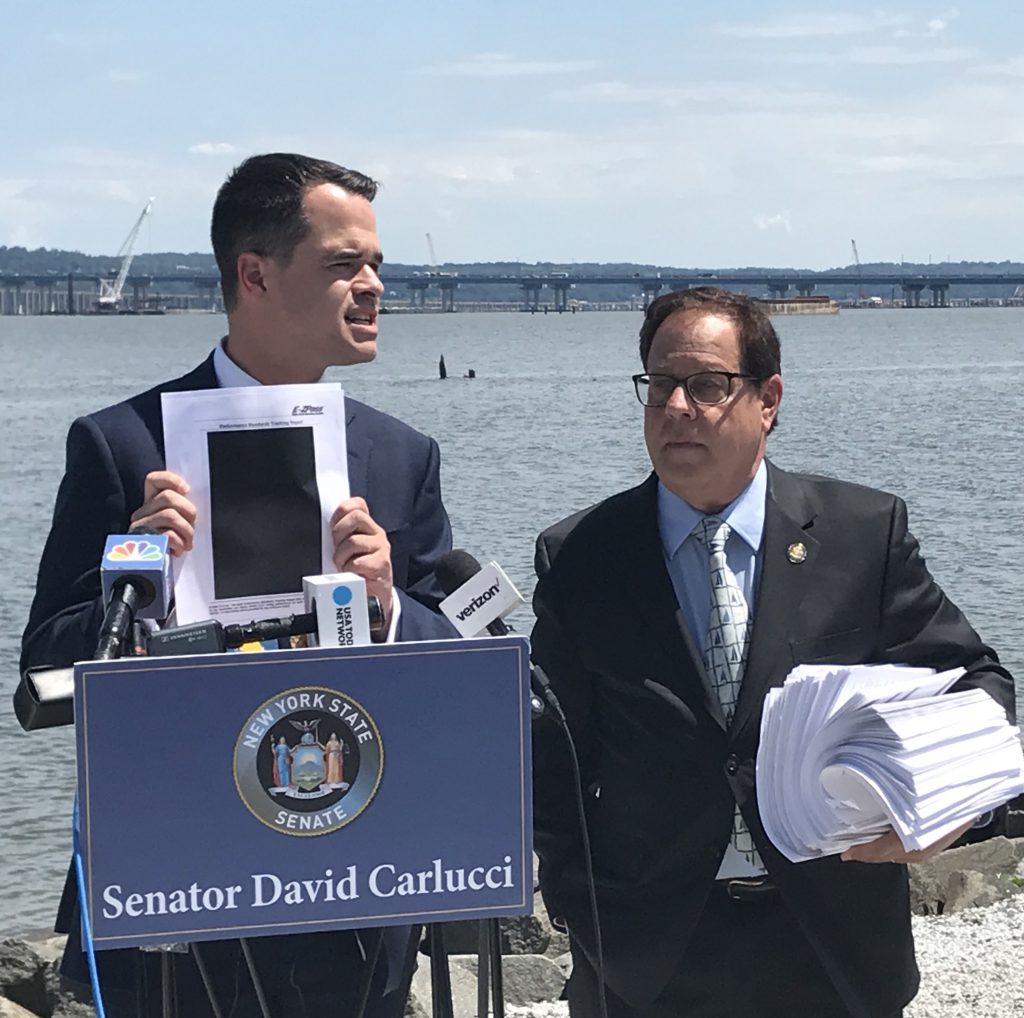