Prior to the vote, Mahopac Superintendent of Schools Anthony DiCarlo, who is retiring at the end of June, praised the budget being presented.

“My team and the Board of Education have worked hard to develop a budget that keeps the taxpayers in mind while ensuring that Mahopac’s students receive a world-class education,” he stated. “The adopted 2022-23 budget spending plan maintains the high-caliber of Mahopac’s education and keeps the tax-levy increase below the tax cap. This budget supports more electives, a full foreign language program at the middle school, engineering classes at the high school and enhancements of our co-curricular programs, all of which will prepare our students for the future.”

Meanwhile, in the Garrison School District, the $12 million budget failed as 628 votes cast were equally split for and against.

In other area districts, voters narrowly approved the budget in Carmel, 1,910-1,657.

In the race for three seats on the Board of Education, President Eric Mittelstadt finished last with 1,012 votes.

The top vote getter was Dawn Dall with 1,765 votes, followed by Valerie Crocco with 1,667 and Trustee Jason Paraskeva with 1,658.

Hans Bernier was fourth with 1,605 votes, while Beatrice Moore was a distant fifth with 1,066.

Incumbent Trustee Leonor Volpe and newcomer Jamie Callanan were elected to the two seats up for grabs on the Board of Education. Trustee Scott Seaman failed to secure a second term.

In the race for two Board of Education seats, Trustee Janette Yetter and former town Supervisor Sam Oliverio prevailed with 763 and 754 votes respectively, besting Karoline Reynolds (338) and Maranda Zocchi (366). 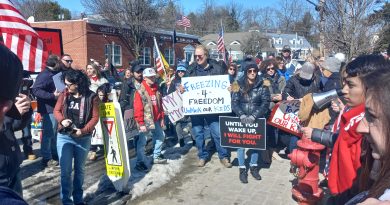 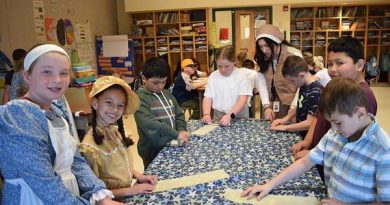