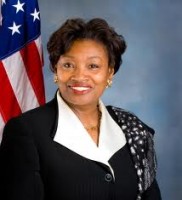 Democratic Conference Leader Andrea Stewart-Cousins and her colleagues in the  Democratic Conference called for action last week to enact a moratorium on hydraulic fracturing and require a comprehensive health impact study. The moratorium will provide experts more time to assess concerns about the potential impacts hydrofracking will have on New York’s environment and economy.

“The Senate Democratic Conference wants to ensure that before any drilling is allowed in New York State we are well informed about the process and its potential impacts,” Democratic Conference Leader Andrea Stewart-Cousins said in a press statement. “Establishing a moratorium will allow environmental and health professionals to determine what impacts hydro-fracking will have and how they will affect our state’s long-term future.”

Senator George Latimer said, “Passing a moratorium in order to thoroughly analyze the health impacts of every hydro-fracking issue is a prudent thing to do. It’s helpful to the people we represent if they trust that we have examined every option before making a long term decision with significant community impact. With as much information as possible, the residents of the potentially affected areas will be able to weigh the short term economic impacts with the long term health risks associated with this practice.”

Katherine Nadeau, Water & Natural Resources Director for Environmental Advocates of New York, said, “Senators Klein and Skelos need to take their foot off the fracking moratorium’s neck and allow the 61 other senators elected and paid by the people of New York to do their jobs. This is unacceptable, and a continued disgrace for a chamber that certainly needs no further embarrassment.”

Wes Gillingham, Co-Founder and Program Director of the Catskill Mountainkeeper, said “We need the Moratorium bill to come to the floor. The Senate leadership is standing in the way of the democratic process. Mr. Skelos, Mr. Klein, and Governor Cuomo, it is time to listen to the voice of the people of New York, pass the moratorium and sign it into law so we can get the time to do the vital work of protecting our communities, water, land, and health.”

Eric Weltman, Senior State Organizer with Food & Water Watch, said, “The only way to protect all New Yorkers from the dangers and damage of fracking is to ban it entirely. Any legislation that will help move the state toward a permanent ban is sensible. Governor Cuomo and the senate leadership should acknowledge the will of most New Yorkers and officially take the possibility of fracking off the table.”

Susan Zimet of Frack Action said, “It’s unconscionable that the majority coalition won’t bring the moratorium to the floor for a vote and pass it. In 2010 the moratorium passed with overwhelming, bipartisan support, and we know that it would today as well if it were allowed for a vote. It’s time for senators like Tom Libous who are beholden to the interests of the gas industry to recuse themselves and let this bill come to the floor for a vote.”

Kate Sinding, Director of the Community Fracking Defense Project for the Natural Resources Defense Council, said, “Now is the time for our senators to act to ensure that all the risks of fracking are carefully, completely and scientifically evaluated before any new fracking is permitted in New York. The enactment of a moratorium until the health risks have been fully considered is the surest way to protect New Yorkers and give the force of law to Governor Cuomo’s promise to let the science govern New York’s decision making.”

David Braun, Strategist and Lead Organizer for New Yorkers Against Fracking, said, “As reports of water and air contamination from fracking in other states continue to emerge, it’s become clear that fracking isn’t safe. The lives of New Yorkers are more important that a few low paying jobs. While banning fracking entirely is the right thing to do, the least we can do is pass the two year moratorium and protect the people of New York.”

NYPIRG Environmental Campaign Organizer Joe Stelling said, “Governor Cuomo promised to let science guide his decision on fracking, but all we have seen is a review process riddled with industry collusion and conflicts of interest. The Senate has the power to put a bill on the Governor’s desk demanding that real science be carried out and negative health consequences from fracking be fully understood. Failure to bring this bill up for a vote would be a huge disservice to the people of New York.”

Roger Downs, Chapter Conservation Director of the Sierra Club, said “In other parts of the U.S., fracking has been linked to a broad spectrum of health impacts ranging from loss of smell, memory problems, and headaches to serious respiratory illnesses, neuropathies, and cancers” said Roger Downs, Conservation Director for the Sierra Club Atlantic Chapter. “We commend the Senate Democratic Conference for their relentless commitment to providing the necessary time and resources to expose the public health dangers of the drilling industry.”