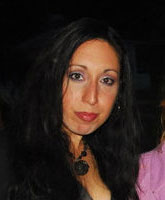 Examiner Media editor Faith Ann Butcher is being promoted to a chief operations post with the company as part of a staff reorganization.

Examiner Media has added two new journalists to its roster as part of a staff reorganization.

Sara Dunn and Alex Weisler join the company as staff reporters. Both are being trained to be Examiner Media editors before spring.

Dunn, a veteran newspaper journalist who has worked for The Sacramento Bee and Mahopac News, among others, will concentrate her reporting on Putnam County for The Putnam Examiner. Last month Kerry Barger stepped down from her full-time post as The Putnam Examiner’s editor but will continue to freelance for Examiner Media. Weisler, a Penn State graduate and former managing editor of the university’s esteemed student newspaper, The Daily Collegian, will be covering mostly northern Westchester for The Northern Westchester Examiner.

Sara Dunn will be quarterbacking The Putnam Examiner's editorial operation and Alex Weisler will be captaining The Northern Westchester Examiner's journalistic efforts.

Current Northern Westchester Examiner editor Faith Ann Butcher (also the interim editor of The Putnam Examiner) is leading the training efforts of Weisler and Dunn. Once Weisler and Dunn are promoted to their editor posts, likely next month, Butcher will assume a new position with Examiner Media, serving as the company’s chief operations officer.

Examiner Media also publishes Westchester’s The Examiner and The White Plains Examiner, as well as this website, TheExaminerNews.com. The company’s newest venture features a partnership with PCTV, with a weekly public affairs television program, Examiner News Talk, hosted by Examiner Media’s editors. Examiner News Talk broadcasts can be viewed on public access television in Pleasantville and Mount Pleasant as well as on PCTV76.org. The shows are also promoted via Examiner Media’s various social media channels on Twitter and Facebook.