Skip to content
The Putnam Examiner
December 8, 2014 David Propper
We are part of The Trust Project

As Brewster Central School District voters go to the polls Tuesday to determine a $38.9 million bond referendum, district officials were making one final push to convince residents to support the measure last week.

After the Board of Education passed a resolution in October to send the referendum, meant to upgrade facilities, to the voters, the district has had the task of getting the word out about the proposal. Over the past week the district, partnering with the PSTA, hosted tours and capital project forums for school community members, though the turnout was rather meek.

In an interview last Thursday during another forum, Superintendent Tim Conway said he’s asking voters to “seriously consider the impact that these building improvements will have on our students and their ability to have an effective education.”

It is also meant to make renovations that would provide additional classrooms and make the buildings a 21st century learning space, district officials touted. A concession stand and new bathroom facilities for the main turf field is also included.

In 2005, the Brewster school system had a bond referendum that failed, Conway said, and it took another four years until a new referendum was put up for a vote.

This time around, Conway said the district has been hosting forums, mailing informational brochures to every resident, and has put detailed information on the district’s website. Conway believes the district and school board have been as transparent as possible.

One resident who attended a JFK building tour and community forum Thursday, Dan Armstrong, said he was against the bond referendum. Armstrong, who ran for the school board the last two years, but lost both times, said some of the things in the proposal could have been covered by capital improvements that don’t involve a bond vote. He was also skeptical of the district closing down the Garden Street School, rather than pouring resources into that currently empty building.

“This is a very difficult time for people to bear another increase in taxes,” Armstrong said.

If the bond passes, the district would have the power to purchase new generators for every school building and Southeast Councilwoman Lynne Eckardt wants to work with school officials to designate the high school as a shelter for people to go to in cases of catastrophic weather where residents would lose power for an extended time and school would be closed.

The high school is a central location Eckardt said, “where people could warm up, or possibly sleep and definitely have sanitary facilities.” Residents would congregate in a limited part of the high school restricted to places like the shower area and gymnasium, she added.

“I think it’s a very important partnership,” Eckardt said. “People feel strongly that they pay a great deal in school taxes and a school facility should be open to the public.”

Conway said the possibility of the school becoming a shelter hasn’t been thoroughly researched and won’t be until it is determined whether the bond passes. Conway did caution the generators the district would buy aren’t meant to power an entire school building, but only power some lights and heat in a limited area.

“We always try to partner with our municipal neighbors in order to maximize the benefits for our residents and certainly we would want to give this a real serious look and see what we can do with the Town of Southeast to see if we can make this happen,” Conway said. 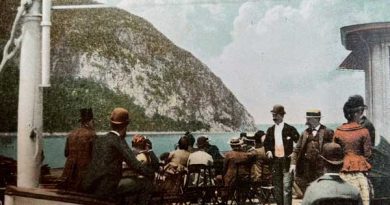 Man Charged by Sheriff with Attempted Murder in Southeast