Sheltering the Homeless is Our Responsibility, in its 28th year of operation, continues to provide much needed relief to families and individuals that have fallen between societal cracks and need affordable, safe and secure housing.

In an interview with Jane Perkinson, one of the original SHORE volunteers and current recording secretary, The White Plains Examiner found out that homelessness is as much a problem today as it was in 1985. In fact, according to Perkinson, many workforce families pay as much as 50 percent of their gross income on housing, leaving very little to cover normal living needs. It also puts families in a precarious situation if the supporting job is lost; a situation faced by many local families during current economic difficulties.

“It’s a simple matter of doing the math,” Perkinson said.

Twenty-eight years ago, when a group of people connected with the former Peace and Justice committee at St. Bernard’s Church in White Plains gathered to discuss the growing homeless problem, they knew they had to take active steps to do something about it. That’s when SHORE was born. The first efforts focused on homeless men. Later the group became aware of a local homeless family.

“There was no solution. No place for them to go except the shelter,” Perkinson explained. “It costs at least $100 a night to house homeless families in a hotel. That just doesn’t work, so a group of us got together and started brainstorming about what could be done. We decided to try to buy them a house. We did find one. It was vacant. We raised funds, went to the state and other sources for help and in 1990 placed our first family of six in permanent housing. It was the beginning of SHORE’s permanent affordable housing program.”

Much of the work over the years has been done by the local faith-based communities, such as Grace Church, which runs the Open Arms Men’s Shelter and Calvary Baptist Church under the direction of Pastor Lester Cousins.

In the beginning of the permanent housing initiative Perkinson remembers that neighbors were cautious but soon communities became involved, helping with house renovations and making furniture donations. The work was done family by family and today there are 22 units sponsored by this simple grassroots organization.

In 2010, the Homeless Housing and Assistance Program (HHAP) provided SHORE with a grant in the form of a mortgage. This same organization involved SHORE in a project in Tarrytown that was going defunct. SHORE took on the management and two formerly homeless families became the beneficiaries.

In 2012 SHORE joined forces with I CARE (Interfaith Council for Affordable Residence) a similar group based in the Larchmont/Mamaroneck area that was running out of steam. I CARE’s board of directors joined the SHORE  board and projects it owned were folded in with those of SHORE. Together the two groups are expanding their area of support and achieving an economy of resources.

On Wednesday, July 17, SHORE and I CARE are hosting a Midsummer Dinner & Auction to raise funds for families in need of housing. William Carter, a proud ‘alumnus’ of Open Arms Shelter now, Commissioner, Town of Greenburgh, Department of Community Resources and Larchmont/Mamaroneck Local Summit, a citizen’s action group dedicated to projects for the betterment of their community will be honored.

Bring on the Westchester Knicks 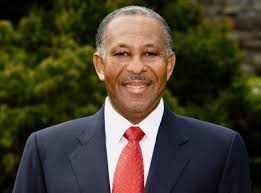